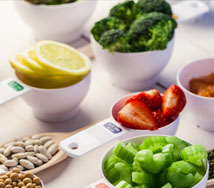 Overweight people could be given help with the discovery that a drug used for sleep disorder could also reduce the impulse for food.

There are many factors that cause obesity but there is a growing weight of evidence that shows obesity is not just caused by a behavioural disorder, such as a lack of self-control, but that many overweight people are physically addicted to foods rich in fat and sugar.

When we eat food that tastes good we get a powerful release of dopamine in the pleasure/reward section of the brain, but food addicts have been found to have a deficiency in a certain type of dopamine so that their sense of reward and pleasure is diminished, thus they have to eat more to reach the same level of pleasure as anybody else.

“We found Modafinil, which is already on the market, did reduce people’s impulsive behaviour,” said Professor Vlaev.

“It has been shown to reduce impulsiveness in a variety of disorders such as alcohol dependence, schizophrenia and ADHD. Food addicts suffer from the same neurobiological conditions so we believe it will help food addicts as well and our initial tests have backed up that theory.

“This could have important implications for people who are obese. There is mounting evidence to show that there is a substantial number of obese people who are food addicts because they have an inability to control their impulsive actions and this drug has shown it can give them more control, which will help overweight people lose weight and so improve their health.

“Food addicts know they need to lose weight, but the desire for more food is overwhelming, leading to a spiral of depression that can lead to psychological issues as well as health problems.”

The drug, which is sold under a wide variety of brand names around the world, was one of two drugs tested by researchers, the other being Atomoxetine. Both drugs have been used for impulsive conditions, including ADHD.

In the paper Pharmacological manipulation of impulsivity: A randomized controlled trial published in Personality and Individual Differences, the scientists conducted a series of trials on 60 men aged between 19 and 32, with 20 taking a placebo, 20 Atomoxetine and 20 Modafinil.

The tests revealed that those who had taken Modafinil had a significantly reduced level of impulsiveness, whereas Atomoxetine produced no difference compared to the placebo group.

“Modafinil was found to have an effect on impulsivity in healthy individuals and so would be able to have an even bigger effect on food addicts, who are lacking in certain types of dopamine,” said Professor Vlaev.

“This drug could be a real help to those people struggling to control their desire for food even though they know they should lose weight.

“The drug improves self-control, which is a key factor in determining obesity, so our hypothesis is that this drug should help in treating the disease.”