Can AR bring shoppers back to the high street? 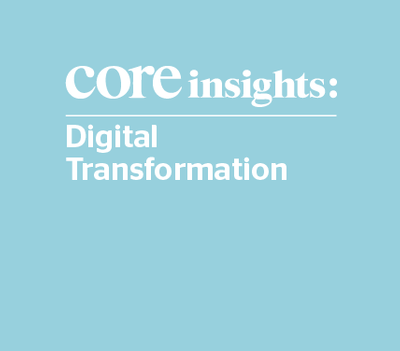 Augmented reality shopping apps can provide consumers with richer experiences and greater value that can lead to increased store footfall and conversion rates for brick-and-mortar retailers, according to new research.

The study, Enabling smart retail settings via mobile augmented reality shopping apps, published in Technological Forecasting and Social Change, also found that AR apps can help to reduce return rates at traditional retailers - one of the major issues they face.

Brick-and-mortar retailers face increasing pressure from online competitors, but the study suggests that AR is able to provide consumers with experiential benefits ranging from greater shopping efficiency to entertainment that can increase the likelihood of store visits and in-store purchases.

According to the research, such benefits arise in part because AR shopping apps enable increased consumer certainty that what they are buying is what they want, as well as the ability of AR to let consumers see product demonstrations and receive more complete information before making a purchase.

Some retailers, such as J.C. Penny and Bloomingdales, have been testing the use of AR in the form of “virtual dressing rooms” which let customers “try on” outfits that appear when they are looking at themselves on a screen.

Some beauty retailers have plans to offer customers new ways to try out make-up with the help of a mobile “3D augmented reality make-up and anti-ageing mirror”.

The study also finds that AR shopping app users believe the added benefits of using these apps include:

The research concludes that AR apps also benefit retailers by livening up static displays, especially as one of the biggest challenges faced by many brick-and-mortar retailers is the management of inventory on the shelves and the lack of interaction with those products.

AR shopping apps can be used to bring these products to life in a virtual environment, thereby reducing the cost and management of physical inventory.

Home improvement retailer Lowe's, for example, equips shoppers in some of its specially-designed stores with AR smartphone apps that enables them to fine-tune their chosen design from the comfort of their home.

However, the research found that having to give out too much personal information is the most frequently cited (31.4 per cent) drawback among consumers who used AR shopping apps.

“Consumers are fearful of the Big Brother aspect, of being bombarded with marketing messages and of identity theft if their information is stored or hacked,” said Dr Dacko.

Ultimately, 65.5 per cent of users expected the apps to go “mainstream” in five years or less, with some users (39.6 per cent) indicating that will happen as early as in one-or-two years.

Increasingly prevalent in-store internet access and availability of high-speed internet access in many homes will facilitate the increased ease of AR app use in the retail industry.