Constantinos Antoniou: All that Twitters is not gold 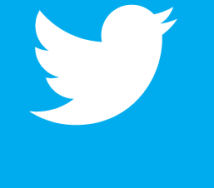 Constantinos Antoniou, Associate Professor of Finance & Behavioural Science, writes that investors should be wary of getting swayed by the hype surrounding the Twitter IPO as history tells us on average most of them aren't worth it in the long run.

Twitter has finally announced its much anticipated initial public offering, revealing at the same time some pretty impressive user figures.

The IPO documents show Twitter has around 200 million monthly users and that more than 500m tweets are sent every day. It adds that the business model to be followed in the future will stay true to its origins as a company “shaped by the people, for the people”. The company has said it plans to raise US$1 billion in its first year, even though it has made a loss for three years in a row.

So even though potential is there due to the large customer base it is not without significant risk. Anyone thinking of investing would be wise to remember: just because a company is famous, does not mean it makes for a sound investment.

History tells us that IPOs on average are not a good investment in the long term. They generate a lot of buzz, especially when companies that are already famous are involved, but this excitement tends to dissipate after a few years. There are always golden IPOs like Microsoft, of course, but these tend to be the exception and not the rule.

There will inevitably be considerable interest in the Twitter IPO. In just seven years, the site has grown from a fun service for social interaction into a global resource for news, an incredible opportunity for businesses to monitor reactions to their brands and a platform for publicity. It has truly infiltrated our lives.

Investors should think carefully about buying into Twitter, however, not least because of the extreme volatility in performance experienced by other social media companies like Facebook. This highlights that these companies face significant risks when it comes to actually profiting from their huge customer bases.

Twitter makes its money from advertising and is yet to make very much of it. It is unclear how much value there is in buying sponsored tweet space as opposed to channelling your energies into generating discussion about your brand among users or managing your own feed in an innovative way to spread the word about your products for free.

Moreover, it has been argued that people are less susceptible to advertising when they are socialising. And even if they’re not particularly susceptible to ads when on the site, users are certainly quick to make their feelings known if they feel they are being bombarded. Twitter prides itself on being a company that has been shaped by its users. That means that it has to tread very carefully when it plays around with their experience of the site. The IPO marks the point at which a company is perceived as “going corporate”, so it will be particularly vulnerable to criticism in this respect at the moment.

Twitter has generated more than half of its advertising revenues from mobile devices and predicts that this side of the business will continue to grow. The site is indeed very accessible on mobiles, something which is regarded by the industry as important in creating value, so there is scope for generating income here. However, how far it can take this is yet another uncertainty, since the effectiveness of ads on small mobile screens is questionable.

Twitter has been a pioneer in countless ways in its short life so far so perhaps it can succeed in its post-IPO life too. It certainly has a lot of hype to live up to.