Studying at WBS in London, a city with a unique charm and rich history

How to settle into university life

How to control rumours on social media during a disaster 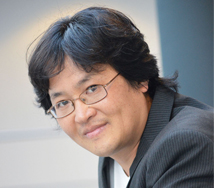 Authorities around the world should set up emergency communication teams to manage the amount of misinformation circulating on social media during disasters, terrorist attacks and other social crises.

A study on the use of social media in three major incidents, including the 2008 Mumbai terrorist attack, by Dr Onook Oh, of Warwick Business School, Manish Agrawal, of the University of South Florida, and Raghav Rao, of the State University of New York at Buffalo, revealed that Twitter is emerging as the dominant social reporting tool to report eye-witness accounts and share information on disasters, terrorist attacks and social crises as a collective effort to make sense of what is happening.

But when it is the online community who are creating and exchanging the news rather than official news channels, this can not only exaggerate the unfolding situation, but also unintentionally turn it into misinformation, diverting attention from the real problems.

Dr Oh, Assistant Professor of Information Systems, believes authorities or organisations involved in a disaster or terrorist attack need to set up an emergency communication centre to provide speedy, relevant information on the unfolding crisis and to confirm or dispel misinformation circulating on social media.

The study, which is the first application of rumour theory to social media and community intelligence, analyses three large Twitter data sets: the 2008 Mumbai terrorist attacks, where a group of gunmen killed 165 and injured 304 people, the May 2012 shooting of five people by a gunman in Seattle and the recall of four million cars by Toyota in 2009 and 2010 because of a faulty accelerator pedal.

Within minutes of the initial terrorist attack in Mumbai, a local resident posted a stream of pictures on photo sharing website Flickr. Almost concurrently, a group of people voluntarily formed a Twitter page with a link to the Flickr site and spread eyewitness accounts of the terrorist attacks with texts, photos, and links to other sources.

While the flurry of social media activity had many positive outcomes, enabling people to contact family members, encouraging blood donations and providing eyewitness accounts, it also caused many rumours to circulate.

In total 20,920 tweets were analysed on the Mumbai attacks in the study, ‘Community Intelligence and Social Media Services: A Rumor Theoretic Analysis of Tweets During Social Crisis’ published in MIS Quarterly, from the moment the terror attack occurred on November 26 until November 30.

Dr Oh said: “Natural disasters and crises such as terrorist attacks provide the optimum conditions for rumours to spread which can exacerbate the situation for emergency response operations and cause panic amongst the public. For example, during the Mumbai terrorist attacks, the police control room was flooded with incorrect reports of explosions at leading hotels.

“Misinformation on the internet was also influencing what was being reported on official news channels. In fact, the BBC was forced to admit they had made a mistake after using Twitter coverage of the Mumbai terror attacks as a source of their official news.”

Dr Oh believes the main motivation for people turning to Twitter in a crisis is to find out what is happening in their immediate area or to acquaintances, so in order to control the flow of misinformation, emergency communication centres need to be set up quickly to respond to misinformation through social media channels.

“People use mainstream media to try to make sense of the situation but it usually provides general information or repeatedly broadcasts a few sensational scenes over and over again,” said Dr Oh, who cites the US Federal Emergency Management Agency’s Rumour Control Centre website during Hurricane Sandy in 2012 as an example of one way of using emergency communication centres. “Whereas what people involved in the crisis really want is very localised information in real time to aid their decision-making. Hence they rapidly realise that mainstream media do not provide them with local information that they desperately need to overcome the extreme situation, hence, they turn to social media such as Facebook and Twitter.

“In cases of community disasters, emergency responders need to make extra effort to distribute reliable information and, at the same time, control collective anxiety in the community to suppress the spreading of unintended rumour information. This includes the setting up of an ‘emergency communication centre’ in the local community who would monitor social media very closely and respond rapidly to unverified and incorrect rumour information.

“Given that the motivation of rumouring is fundamentally to make sense of uncertain situations such that people can deal with a possible threat, the provision of timely and certain information may lead to successful crisis management in partnership with voluntary online citizens.”