Core magazine: If the face fits, hire it 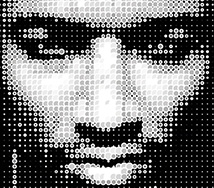 Many people have a knack when it comes to identifying a face in the crowd, but how about when greeted with just two façades a matter of inches away on a computer and tasked with identifying which belonged to a certain profession?

From that line of thought, what then stands out about a person’s facial features to be pigeon-holed as say, a business leader? This was the idea behind a research project by Dawn Eubanks, Associate Professor of Behavioural Science and Entrepreneurship & Innovation at Warwick Business School.

As it turns out, and despite pessimism from participants to the contrary, people were able to assign accurately, above and beyond chance, a host of specific faces to the right industry, throwing the old adage of never judging a book by its cover well and truly out of the window.

Related article: The dark side of leadership

Eubanks and her colleagues used the faces of American business leaders, politicians, sports bosses and military chiefs, to test whether people in the UK could infer which leadership domain they were from, simply by their face. Eubanks notes how, initially, the idea was to see if people could spot leaders from non-leaders, but the research for that would have required an immense amount of images of regular people in non-leadership positions, instead a more specific set of fields were needed.

To ensure the faces were as neutral as possible, hair and attire were removed to ensure there were no indicator of the person in question’s profession. No well-preened bouffants, buzz cuts or even smiling faces were allowed, to ensure participants had just the face itself to judge. All pictures were also black and white.

“We didn't want people coming in with preconceived ideas of what a CEO’s hair might look like, or a sun tan or other such cues people may rely on,” says Eubanks.

“So, if you’re a CEO for example, you’re selected by other business people, by people close to you and maybe even similar in appearance. Similarly, this might occur for military and sports leaders, but in politics you’re selected by the general public. What’s more, even among different political parties there might be the ‘right’ look, so Republican or Democrat representatives in our study may be very different in appearance.”

She says: “I think our research highlights just how important it is to have rigorous selection systems in place. We, as individuals, seem genuinely unaware of these biases we hold as to what certain leaders should look like, so we need systems in place to guard against that. The fact people downplayed their expectations to below chance, but then actually identified leaders’ faces above chance is testament to that.

“It is really difficult to overcome these biases as we don’t know why we’re doing it, but we do need to have something in mind to clear these pre-determined stereotypes. Despite people not being able to predict it, it is something that is happening at a subconscious level.

“Companies and organisations need to be aware that by sticking to these stereotypes - even at a subconscious level - there is a chance they will be missing out on really good candidates.”

It’s not all doom and gloom if you don’t have the right look, however, as Eubanks says defining what makes a face look competent or warm is just too hard to do. It seems there aren’t certain features that make somebody look masculine - something you might think a military leader would have - it seems to be a general look that allows the faces to be correctly pigeon-holed.

“Once we looked at the first study we then decided a second study was needed as we kept thinking so what are they relying on, what are they using to allow them to say this is a sports leader or this is a business leader,” says Eubanks.

The second study looked at attributes such as warmth, masculinity, trustworthiness and likeability and used the 10 most difficult to identify faces from the first study, alongside the 10 easiest. A different set of 929 participants were used for the second study.

“We did not give the participants any definitions,” says Eubanks. “For example  with competence you cannot pinpoint it to the exact nature of someone’s face to be able to do this, just that they looked more competent. Therefore it is impossible to draw attention to certain facial features and suggest they are the right look for a leader.”

In terms of performance the jury is certainly still out on these leaders with the right face.  As part of her research, Eubanks briefly examined the success of certain leaders involved in the study.

She compared the vote shares obtained by US Governors who were correctly identified by participants with those who were less likely to be categorised as politicians.

Among Republican gubernatorial election winners, Eubanks found there was no relationship between looking like a politician and vote shares obtained. In contrast, Democrat gubernatorial election winners who were more likely to be identified as politicians won by a smaller margin of vote shares. Thus, looking like a politician does not seem to benefit political leaders.

A similar analysis with Fortune 500 CEOs produced mixed results. The likelihood of being correctly identified as a business leader did not significantly predict their one-year or five-year earnings, but it did predict the profit-to-revenue ratio of their companies in 2012, so the more the face was identified as a business leader the higher the profit-to-revenue ratio was. More research is needed on this, but the early signs for those doing the hiring are: if the face fits, think again.

Dawn Eubanks teaches Behavioural Sciences for the Manager, Innovation and Creativity in Organisations and Leading for Innovation on the Full-time MBA and Executive MBA. She also teaches Advanced Leadership on the MSc Marketing & Strategy.