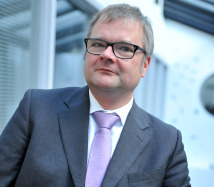 This is not the first time the committee has honoured work in this area, with research on corporate finance, asset pricing, and options pricing recognised in the 80s and 90s.

But what makes this year’s prize stand out is that the three laureates, Eugene Fama and Lars Peter Hansen of the University of Chicago, and Yale’s Robert Shiller, all come from rather different angles.

Both Fama and Shiller have studied the behaviour and dynamics of asset prices and returns, and how these are shaped by the processing of information and the behaviour of investors and consumers. Both have thus got something to say about the emergence and persistence of asset price “bubbles”, a topic that in light of recent events has gained more relevance than ever. However, although they study the same subject, they certainly do not agree on their conclusions.

Lars Peter Hansen on the other hand was recognised for his contributions to the statistical tools that have become essential in the empirical assessment of theories like those put forward by Fama and Shiller (and, of course, many others).

Fama, often in collaboration with Kenneth French, enabled the systematic examination of the dynamic behaviour of asset returns through the “Efficient Market Hypothesis”. This idea is based on the assumption of rational behaviour and postulates that asset prices accurately reflect fundamental value.

Thus, asset “bubbles” are ruled out, whether they be in property, stocks, tech startups or, most recently, in the housing market. Fama claimed in 2010 that he didn’t “even know what a bubble means”.

Although Fama first wrote about efficient markets in his PhD as early as 1965, his ideas have since continued to develop, pioneering an entire stream of empirical research that examines the efficiency of global financial markets.

Fama also made several methodological contributions to the field. Together with his co-authors he introduced a new way to explain the difference across stocks in long-run returns, known as Fama and French’s “Three-Factor Model”. Compared to traditional methods, Fama’s captured some hitherto unexplained patterns in asset returns, thus overcoming the shortcomings of previous models.

Fama also developed the “event study” methodology, a way of understanding the effect that economic or corporate news has on asset prices and returns. Today, with the info-flood of 24hr media and the instant feedback of twitter, measuring the impact of breaking news on asset prices is relatively easy. But Fama was doing this over forty years ago. Besides, it is not enough to see how prices react, we also need to understand why they react in the way they do, and if they do it in the “correct” way as our theories would predict.

These aren’t just theories for the sake of theories; Fama’s models have found a wide range of applications in modern asset management and performance benchmarking and as a way of categorising investment strategies to find the most appropriate money manager.

He is a fierce advocate of a very different paradigm that emphasises irrationality and the role of “animal spirits” in financial markets. In his view, the emergence of asset price bubbles is an unavoidable implication of human nature.

Shiller’s theory of market irrationality is summarised in his 2000 book Irrational Exuberance, a study of stock market bubbles such as the late 90s dot-com boom. An updated 2005 edition contained a prescient exposure of the irrational price inflation in the US housing market.

Shiller’s work is based on a fusion of two academic approaches. He took the quantitative analysis common in traditional studies of finance (number crunching, data-heavy, graphs and models) and combined it with qualitative insights from psychology and cognitive science that ask exactly how and why people take the actions they do.

This fusion, known as behavioural finance, allowed Shiller to create novel indices which have been employed to explain and predict long term asset returns. In the housing market, for instance, the Case-Shiller Index was instrumental in identifying (and predicting the collapse of) the price bubble of the late 2000’s.

While both Shiller and Fama have made invaluable contributions to our understanding of markets, by awarding the prize to both the committee leaves one fundamental question for others to answer: which of the two paths should we follow to prevent future bubbles and crises?

Lars Peter Hansen, and the link

This is where the value of the final winner, Lars Peter Hansen, becomes clear. He came up with a statistical tool to measure and assess the ideas proposed by his fellow Nobel laureates (and other theorists), known as the Generalized Method of Moments (GMM).

Applied to financial economics in particular, GMM allows researchers to measure whether a proposed model of movements in asset prices indeed successfully explains the patterns observed in real data. The strength of the GMM methodology is that it can operate in a much more general setting than “conventional” methods, without as many restrictive or unrealistic assumptions.

Thanks to such enticing features, Hansen’s method has been (and will continue to be) extensively applied in most areas of economics, finance and the social sciences in general.

In simultaneously recognising the seemingly opposing views of an efficient market advocate and a behavioural finance theorist, this year’s Nobel can be read as the committee acknowledging the value of academic discourse itself. The debate between Shiller, Fama, and other researchers in the field has greatly enriched our understanding of the workings of financial markets, particularly extreme events such as the recent crises.

The three laureates may represent an odd trio, but there is a certain logic to the decision: whether markets are efficient or irrational, we still need the tools to figure out what is going on.

This article is featured at The Conversation.