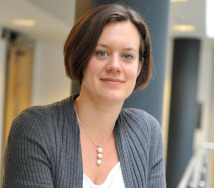 Environmental entrepreneurs are being forced to forgo some of their green ideals despite the historic Paris COP21 summit agreement to cut greenhouse gas emissions, new research has found.

The 1,000 largest companies alone are responsible for one-fifth of total global greenhouse gas emissions according to the United Nations Environment Programme, while a study by Duke University says the US needs to reduce emissions by 40 per cent by 2030 to reach the goal it agreed at Paris in December.

But attempts by start-ups to set up environmentally-friendly businesses are being stymied by money-backers, suppliers and customers.

The study found some environmental entrepreneurs become disillusioned after having to compromise so much to attract investors and clients.

Deniz Ucbasaran, Professor of Entrepreneurship, said: “Entrepreneurs passionate about green issues might need to be prepared for some soul searching as ‘enacting a brave new world’ through launching a new venture is unlikely to be without concession to others’ values.

“Attempts to ‘stand out’ by the entrepreneurs portraying their values and beliefs on the environmental benefits of the business are, in most part, counterproductive for gaining legitimacy from investors, suppliers and even customers or clients.

“Their ambitions to ‘break free’ and enact their ‘hopes and dreams to make a difference’ often need to be tempered by the realities of attracting investors and other stakeholders whose primary goal is making money and not environmental issues.

“This led to some entrepreneurs to question if it was all worth it as they had to compromise the scope of their ‘green’ ambitions.”

Professor Ucbasaran and Dr Isobel O’Neil, of Nottingham University Business School, examined six new ventures over four years to understand how they gain support and investment for their paper Balancing “What Matters To Me” With “What Matters To Them”: Exploring The Legitimation Process Of Environmental Entrepreneurs published in the Journal of Business Venturing.

They conducted 18 interviews with the principle entrepreneur as well as 24 interviews with individuals involved in the ventures including investors, customers, employees and suppliers and analysed company documents.

Professor Ucbasaran, who is part of the Entrepreneurship & Innovation Research Group, said: “First, the environmental entrepreneur’s own values and beliefs anchor initial decisions about how to gain support from investors, suppliers and customers: the ‘what matters to me’ stage.

“Lastly, the lack of harmony, caused by this balance often leads to some feelings of demotivation, stress and even led some of the entrepreneurs to question their entrepreneurial ambitions.”

The research found the entrepreneurs were initially surprised by resistance to their vision of ‘making a difference’ and building an environmentally-friendly business, but the need to ensure the continued survival of their ventures forced them to adapt.

“They realised a compromise was needed to gain legitimacy in order to engage investors and stakeholders, attract resources, and in turn, improve the prospects of survival and longer-term success,” said Professor Ucbasaran.

“This saw the entrepreneurs shape their offering into one that was likely to be more widely accepted.”

But such a shift in perspective often conflicted with the entrepreneurs’ original ideals and led to feelings of inauthenticity and mental stress.

Coping strategies were developed to help, but Professor Ucbasaran said: “If left unresolved, these emotions might interfere with the entrepreneur’s well-being and the effective running of the business.

“We found being a successful environmental entrepreneur involves balancing both the external demands of investors, suppliers and customers while also remaining true to one’s own values and beliefs.

“However, we must offer a note of caution to entrepreneurs seeking to embed their values and beliefs into their businesses; balancing ‘what matters to me’ with ‘what matters to them’ is likely to demand less discussion of environmental or social change goals than perhaps hoped for.”