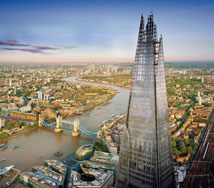 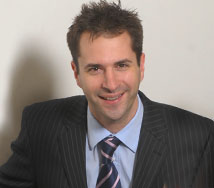 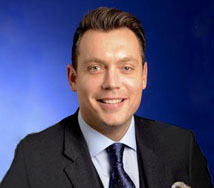 From professional footballer to binman, Scott Ward suffered this crushing reality after he was forced to retire as a goalkeeper because of injury.

It coincided with Crawley Town spending six months in administration, which meant six months without being paid.

“I needed to earn money,” says Scott, who started his career at Luton Town and had spells at Plymouth Argyle, Crawley Town and Coventry City. “I was working in the local area where I grew up and while my brothers were playing in the Premier League, so it was a difficult time.”

The difficult times went on for three years as Scott grappled with life after football, something he was totally unprepared for, having signed his first professional contract straight out of school at 16.

“I was lost,” says Scott “I didn’t know what my objective was anymore. And yet I was still surrounded by football as my brothers Elliott and Darren were playing in the Premier league and at the top of the Championship – I felt I had nobody to talk to.”

It was only on meeting his wife, Emily, and seeing how she was doing a Business Studies degree part-time while holding down a full-time job with no support that he realised education could help him transform his life.

“She was my inspiration,” says Scott. “I needed to do something, so I had a chat with my wife and I felt doing an MBA could be the answer. By then I had been able to work in sales and strategy development so I had some experience in business.

“The MBA was very hard at the beginning. I was in a room with people at the top of their game in major businesses, everything I had done was self-taught - so I felt out of my depth. But I was very lucky with the people in my cohort, who were very supportive. I met some great people like Chris Fenton, a managing director at logistics firm Wincanton and Rajiv Shah, a director at Sigma Pharmaceuticals."

Scott put his personal experience to good use by devoting his MBA project and dissertation to researching the cultural impact of athletes’ transition out of sport.

It has led to a position at KPMG where he has designed and is now implementing a programme to give global athletes from all sports the support they need emotionally, mentally and practically to be prepared for a new life in the ‘real world’ or while they are still competing as part of a dual career.

“I know how hard it can be, I had played football all my life and knew nothing else,” says Scott. “Research shows the mourning period of an athlete can last for two to 10 years, so we need to take preventative action instead of being reactive and hoping an athlete will speak out in an industry where such vulnerability is frowned upon.

"There are the very few at the top who earn enough money to set themselves up for life, but for the majority you need to find another career, another identity and that can be very hard with no support.

"A huge misconception is that money or academia alone will prevent the trauma of leaving sport. This is not true unfortunately as the mind needs developing to cope with the challenges you will not have faced before.

"The programme teaches self-development, or cognitive development as it is otherwise known, and this improves your ability to filter your thoughts under pressure, so learning and personal development makes you a better athlete.

“My body was broken after football. I had 10 to 15 serious injuries, with a back problem finally ending my playing days. When I retired I needed spinal implants, my hips needed reshaping and then after being on medication for three years I needed cardiac surgery for an irregular heartbeat.

"I faced multiple problems after retiring and I wanted to look at what we could do to help other athletes facing similar challenges as a preventative action.

"Sport is fantastic and I am very lucky to have been part of such a wonderful sport. All I want to do is enhance the fabulous work currently being done by those within the industry and take the personal development of athletes to a new level of understanding.

“I found a major underlying issue is about identity loss. My research also revealed that one of the largest contributors to athletes dropping out of sport is from parental or family pressure.

Why athletes need help with life after sport

"The money or acclaim in football and most sports is so vast now that for a lot of parents the stakes are huge. Golf has the biggest fall-out rate, 97 per cent drop out by 25 - the average in all sports is 95 per cent.

"Parents need educating on the formalities and risks of the industry and fundamentally to understand the challenges that not only their son or daughter will face but also the family as a whole."

Scott is now working with global sports associations on implementing the KPMG programme, which includes an online provision for athletes to log into and provides their own learning pathway, along with psychological support in developing a resilient mindset plus understanding finance and the skills to succeed in business.

“By enhancing their mindset they are able to think with more clarity, which will help their sporting career as well as when they transition into a new career” says Scott.

“By allowing them to understand their value as a person first, building their resilience and widening their understanding of the skills they have, we are trying to eliminate that cliff edge when they come out of sport.

"This programme will help them understand where they sit in society, and give them the help to get that reflection. This is a global challenge in sport and the reaction to such a progressive, flexible delivery method is representative of the amount of work and research undertaken in designing such a programme.

“It will allow athletes to explore themselves and their sporting career so they have transferable skills into business. They will have a CV that represents them as a person while also celebrating their sporting career, their identity is not controlled by what they do on the track or pitch.”

The ex-goalkeeper may have been using his hands when he started his post-football life as a binman, but Scott has certainly shown his skills have a much higher transfer price in the business world.