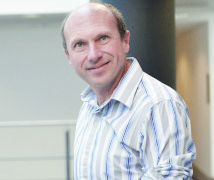 Firms taken over by a private-equity buy-out see their performance fall even further behind their industry rivals, according to a new study.

Private equity raises money to buy a company with the primary objective of improving the fortunes of an under-performing firm to ultimately seek a re-flotation on the stock exchange or to sell it on at a profit.

But when researchers at Warwick Business School, Cardiff University and Loughborough University looked at all of the publicly-listed firms that had gone through a private-equity buy-out in the UK between 1997 and 2006 that was far from what they found.

During that decade 105 publicly-listed UK companies were bought-out by private equity investors and when their performance was compared against firms of a similar size in the same industry they found the productivity of the acquired firms lagged even further behind. Instead of improving following the shedding of jobs and assets the firms’ performance gap against the control group – as measured by turnover per employee - widened. (see graph below)

Geoffrey Wood, of Warwick Business School, Marc Goergen, of Cardiff University and Noel O’Sullivan, of Loughborough University, factored in variables, such as market-wide trends in employment and the economy when calculating the performance of the companies bought in an institutional buy-out (IBO) by private-equity firms or funds.

Professor Wood, who is Professor of International Business at Warwick Business School, said: “What we found was the promised productivity gains of a takeover rarely materialised. Rather, there was evidence of private-equity buy-outs reducing the number of workers and squeezing wages, without making the firm more efficient.

“A year before the firms were taken over the average gap between them and the control group in terms of turnover per employee was £29,000. Four years after the buy-out that had widened to almost £89,000.”

In their paper Private Equity Takeovers and Employment in the UK: Some Empirical Evidence Professor Wood and his team of researchers found private-equity buy-outs underestimate the importance of the workers they end up making redundant.

“We find strong evidence of a higher incidence of downsizing in the firms in the year following the acquisition, even when we adjust for differences in wage costs and productivity,” said Professor Wood (see graph below).

“In the first year after the buy-out 59 per cent of the acquired firms reduce the size of their workforce compared to 32 per cent in the control group, that is a jump of 18 per cent over the previous year.

“While the existing literature argues that one of the reasons for private equity acquisitions is to rein in excessive labour costs there is very little evidence of workers earning wages above the market rate ahead of the takeover. Yet after the acquisitions there is evidence of a drop in mean and median wages.

“Why do firms that are taken over perform worse? We believe that it is because outsiders find it more difficult to cost the worth of a firm’s human assets, and their combined knowledge and capabilities. Hence, they are more likely to lay off staff and less aware of the consequences this may have for future performance.

“It is not a universally toxic industry, unlike IBOs, those firms bought-out by the management do improve performance, because they understand and appreciate their human assets.”

Professor Wood added: “This is the first study focusing on IBOs in the UK in that it is based on objective company data, rather than perceptions, and compares firms taken over against a control group of comparable firms that were not. We look at a time period of ten years: six years prior to a buy-out taking place and four years afterwards.”