Fracking is back but it still has no 'social licence' 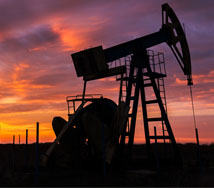 Third Energy has won approval to start fracking after a five-year hiatus in the UK, but Michael Bradshaw, Professor of Global Energy, writes that the protests in North Yorkshire show the industry still hasn't gained public approval.

County councillors in North Yorkshire have voted seven to four in favour of allowing fracking near the village of Kirby Misperton.

The decision came after a two-day hearing which covered everything from the impact of shale gas development on the UK’s climate change commitments to the benefits for energy security and job creation, while those against the development maintained the risks and uncertainties were too great.

However, this is a relatively modest proposal to hydraulically fracture an existing well at a site that has been producing gas for many years, and which is already connected to a nearby power station by a pipeline. The development programme involves no new drilling and will be short-lived.

At the end of the day this was a local planning decision and not a national plebiscite on shale gas development. Councillors rightly felt they had been put under unreasonable pressure and national scrutiny.

So, while UK firm Third Energy has got its planning permission, it is clear that it has failed to obtain a “social licence” from the local community. Those living in Ryedale are understandably worried about the impact of widespread development on the landscape and remain overwhelmingly against shale gas.

Last year the UK Government awarded 93 onshore licences for 159 new blocks. Under changes introduced by the 2015 Infrastructure Act, licence holders must undertake 12 months of environmental monitoring. However, soon enough they will come forward with development plans that require planning permissions.

Anti-fracking campaigners are right when they say the Kirby Misperton decision is just the beginning. What we have seen, first in Lancashire and now in North Yorkshire, is bound to be repeated elsewhere and with growing frequency. Nottinghamshire may be the next venue as developer IGas considers its options.

After its exuberant and unqualified support for “going all out for shale”, the Government has now adopted a more measured approach that supports a safe and responsible programme of exploration. In England, at least, it is unlikely to declare a moratorium any time soon. This leaves local communities with no alternative but to protest and make their feelings known, as they did so eloquently at Kirby Misperton, while local planners and politicians will continue to find themselves caught firmly in the middle of the UK’s heated shale gas debate.

To some extent the campaigners' focus on local politics is unavoidable: regulations require that it is county councils who grant planning permission. This puts the planning officers in an unenviable position.

Councils must treat any shale gas application as if it were a request to carry out a normal industrial activity, and the likely impact, and suggested mitigation measures, must be assessed on the basis of planning law and existing legislation. And, as elected officials, they have to do all this while taking into account the concerns of the local electorate. To put further pressure on the councillors, the Government has sought to ensure decisions are reached within the statutory 16-week time frame.

Related article: Future of gas in the UK is limited

The Government maintains shale gas development is a “fantastic opportunity” to improve the UK’s energy security and balance of payments, attract investment, create jobs and that it can contribute to the low carbon energy transition.

But battle lines have been firmly drawn. On one side lies the Government and the nascent shale gas industry, on the other, those living in areas where licences have been granted and an increasingly loud and effective no campaign, backed by falling public support for fracking.

Councils will continue to find themselves caught in the crossfire. If the cumulative consequence of local planning decisions is that the shale gas industry fails to obtain a 'social licence' to operate, then the national Government that champions localism will surely have to bow to the outcome of local democracy.