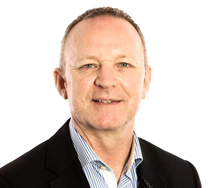 Reforms to HMRC have produced a glut of 'gamekeeper-turned-poacher' tax experts that could undermine the function of the agency and contribute to tax avoidance, according to a new study.

Research by Graeme Currie and Kevin Morrell, of Warwick Business School, and Penelope Tuck, of the University of Birmingham, looked at how the UK Government’s tax collection department had been reformed from 2003 to 2012 and found that while some professionals resisted and others embraced the change to new ‘hybrid’ managerial roles, others opted for a novel third response: leaving the national tax agency for opportunities in the private sector.

And the study found that with the knowledge gained from being on the ‘inside’ of HMRC they are ideally placed to exploit the new management reforms to help companies avoid tax and undermine the tax profession.

Professor Currie, who teaches Strategic Human Resource Management on the Executive MBA, said: “Where professionals cross the line from being a regulator to becoming a ‘regulatee’, this could create problems.

“These gamekeepers-turned-poachers could compound the impact of a policy shift because they are best placed to capitalise on any changes to the agency’s focus. As former insiders they are 'canny customers'.

“We also suggest that, as in the case of accountants, professional values of independence and public service in the tax profession may over time be eroded by the increasing movement of tax professionals from HMRC into more commercially-orientated corporate clients, at the same time as frontline interactions across the regulator-regulatee divide shape service.”

The paper, How hybrid managers act as 'canny customers' to accelerate policy reform: A case study of regulator-regulatee relationships in the UK’s tax agency, published in Accounting, Auditing and Accountability, examines reforms to HMRC as it attempted to shift managers away from tax compliance to a greater customer focus.

“In essence, the response of hybrid managers towards a policy drive for greater customer orientation is an important determinant of policy reform,” said Professor Morrell.

“There has been a change in emphasis for tax inspectors from 2003 to 2012. It is no longer a purely technical role, inspecting accounts, but now encompasses a client discourse that challenges a public service ethic in which professionals exhibit independence.”

The research involved analysing HMRC policy documents and reports from 2003 to 2012. The main source of data for the paper was 43 interviews with senior tax inspectors or their corporate counterparts - many of whom were gamekeepers-turned-poachers.

The study argues effective governance of these new hybrid managerial roles at HMRC will require an understanding of the labour market to temper the excess influence by those hybrid managers who have left to work in the private sector.

“Otherwise, in settings where it is easy for individuals to move from regulator to regulatee, the pace and consequences of reform will be harder to govern,” said Professor Morrell. “This runs the danger of eroding professional values.

“Extending our analysis beyond our specific case, this is likely to occur in other situations where there is a large and higher status private sector to which individuals could re-locate and so undermine the public body with their insider information.”