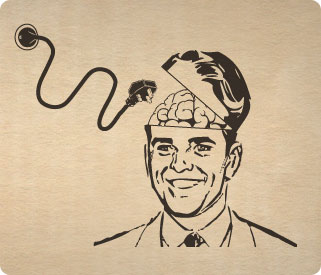 A psychological phenomenon known as ‘groupthink’ could have been a contributing factor in the Mid Staffordshire NHS Trust scandal.

Professor Nick Chater revealed on BBC Radio Four’s The Human Zoo that ‘groupthink’ often afflicts board rooms where consensus decisions are made even though few, or even no, people within the group would choose that option.

“Whenever groups make decisions,” said the Warwick Business School Professor. “there is the danger that the consensus is one that possibly none of the individual members think is right.”

An experiment involving students at Warwick Business School illustrates ‘groupthink’. Students were asked to value 10 paintings individually and then in groups. The groups consistently valued the paintings higher than almost any of the individuals asked.

Professor Chater said: “When the groups produce answers that are really out of line with individual judgements, that is a sign that groupthink may be at work.

“Here people may be looking to each other for clues about how much a painting is worth. If they interpret other people’s signals as positive, they may decide that they should agree that the painting is valuable, and themselves give positive signals to others. This can lead to “feedback loop” where the group ends up with a more extreme judgement than any of its members.”

And Professor Chater, a Professor of Behavioural Science at Warwick Business School, believes these group dynamics may have contributed to the calamitous decisions made by bosses at Mid Staffordshire NHS Trust who continued to ignore the rising death rate.

“At senior levels at Mid Staffs,” said Professor Chater, “a group of people making the high level decisions were systematically prioritising targets and ignoring important evidence about standards of care.  Even if each person felt extremely uneasy about this, they may well have believed that the group had reached consensus that was appropriate.

One way around ‘groupthink’ is for senior teams to have anonymous voting on crucial decisions.

Professor Chater, who is head of the Behavioural Science Group at Warwick Business School, said: “If you really want to make the right decision and you are not worried about defending that decision or having to explain it to each other, your best bet is to get everybody in separate ‘booths’ and write down what they want to do: this takes away the social cues to which others think; and the pressure to agree with the ‘group.’

Take part in online experiments for The Human Zoo here.