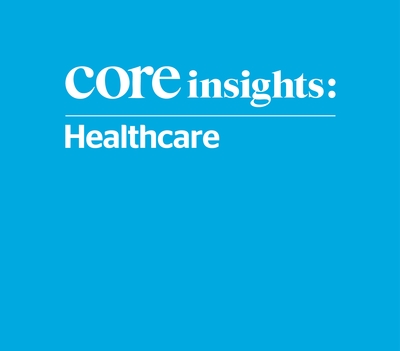 How many managers does the UK’s NHS need?

To “celebrate” the UK National Health Service’s (NHS) 70th birthday in 2018, Prime Minister Theresa May announced it would receive an extra £20 billion annually for five years.

It was the kind of announcement that drew criticism from the 'left' for not being enough and from the 'right' for being unfundable.

Former chairman of the Conservative Party, Lord Saatchi, immediately warned it will be wasted on “agency staff, management consultants and mismanagement” and called for a cross-party commission to reform the NHS.

This attack on management and their poor handling of the NHS is a familiar refrain, with even the former Minister for Health Jeremy Hunt joining in by declaring: “We should today ask whether the NHS made a historic mistake in the 1980s by deliberately creating a manager class who were not clinicians.”

And successive governments have backed up their doubts about the value of managers. From 2007 to 2012 the average ratio of managers to staff in the NHS fell by nine per cent.

This is despite changes to NHS organisations, such as the shift to Foundation Trusts, which increases autonomy, responsibility and arguably demands more managers, not fewer. However, from the political left and right, both agree that there are too many managers in the NHS.

But our research debunks that myth, finding instead a strong statistical link between an increase in the number of managers and the performance of hospital trusts on a number of measures.

In fact, according to the data, the NHS would be wise to put aside a portion of the annual £20 billion to hire more managers, especially as the Government will apply five tests on plans to use the money, which are:

Meeting these tests will require good management, and that will probably require more managers, something the NHS is severely short of compared to other sectors.

In a highly complex organisation like the NHS - the fifth biggest organisation in the world - managers are needed to co-ordinate tasks to meet these Government tests.

Currently there are around 31,000 managers employed in the English NHS. About a third of those are ‘hybrids’ – doctors or nurses with a frontline position and a management role – while the rest are dedicated managers. But in an organisation of 1.36 million employees that amounts to less than three per cent of the workforce.

This contrasts with the UK economy as a whole, where managers make up 9.5 per cent of the workforce. It might be there are other roles that involve some sort of management, but such a disparity makes it hard to argue the NHS has too many managers.

Indeed, our research shows that more managers will help the NHS meet the Government’s tests, particularly around efficiency. With my colleagues Ali Altanlar and Gianluca Veronesi, we used data from 150 acute hospitals in England from 2007 to 2012 to find out what impact managers have on performance.

This study found that even a small increase in the proportion of managers (from two to three per cent of the workforce in an average hospital trust) could be significant.

Although having only a modest impact on patient satisfaction, larger numbers of managers resulted in a five per cent improvement in hospital efficiency and a 15 per cent reduction in infection rates.

A one per cent rise at a typical trust equates to 39 more managers and across the NHS would roughly amount to less than £1 billion of the extra £20 billion promised.

Trusts could also receive a further boost in performance by retaining board members with a business or commercial background.

Our analysis of four years of data found that contrary to popular opinion business experts on the board of trusts had no negative impact on service quality and patient well-being, but did have a positive impact on efficiency and a range of financial management measures.

These findings run counter to the popular view that slashing managers won’t have any effect on trust performance. Instead, a conservative investment in managers and improving the numbers slightly is more likely to have a positive effect.

So why has bashing managers been such a popular past-time for policymakers and the media?

There have been high profile scandals that have added fuel to this belief, most notably the case of Mid-Staffordshire NHS Foundation Trust, where between 400 and 1,200 patients died as a result of poor care from January 2005 to March 2009.

The 2013 Francis report into the scandal cited cost-cutting by management as a significant factor with senior managers accused of being preoccupied with “targets and processes” and losing sight of their “fundamental responsibility to provide safe care”.

We are not trying to ignore this problem or claim that managers will cure all the ills of the NHS. Sometimes managers do underperform. In the worst cases they fail to understand the context and clash with doctors and nurses.

Managers can also become obsessed with meeting performance targets passed down from Government, especially when their jobs are on the line. In this high pressure and high scrutiny environment it is not surprising that the average length of stay for a CEO at an NHS Trust is only two-and-a-half years.

Clinicians, meanwhile, are at the coalface with a growing amount of paperwork to deal with. By association, they blame that on managers, as it takes them away from doing their real job of caring for patients.

A mounting list of NHS scandals, the narrative in the media and poor public reputation of managers is having an effect. Our research also uncovered that Foundation Trusts were significantly more likely to attract media scrutiny, which in turn was found to be a powerful mediating factor in the relatively lower proportion of managers-to-staff ratio. It has almost become perceived wisdom that managers are a drain on the NHS. Yet managers can shield clinicians from media scrutiny, dealing with the politics so doctors can concentrate on caring for patients.

But it is not just the popular press peddling this idea. Academic research has also reached the same conclusion, albeit from radically different starting points.

On the one hand are critical accounts from public administration academics, which depict management as essentially about control. From this perspective the underlying motivation for the NHS reforms over the last 30 years has been about the Government trying to control resources, limit clinical freedom and ultimately privatise the NHS.

Doctors have been able to articulate this in their own way and claim ‘we are the experts, left alone we can run the NHS perfectly adequately’. Many academics have either consciously or unconsciously bought into this anti-manager discourse, myself included.

The other strand has come from public choice theory, a strand of economic thinking originating in the US, which is an anti-state, anti-government critique of bureaucracy.

It argues that bureaucrats have no real public service ethos and their primary motivation is ‘rent seeking’, that is they want to use the organisation’s resources to obtain economic gain without giving anything back to society.

According to public choice theory, bureaucrats are only interested in expanding their ‘empires’ by hiring more bureaucrats and in turn growing their salaries. This represents the dominant view of the Republican Party in the US and the Presidency of Donald Trump.

In the UK, NHS managers have also been tarred with this anti-bureaucrat rhetoric. The neo-liberal remedy is to reign back the state and the power of bureaucrats to allocate resources by using private organisations that are incentivised to make profits instead. Competition and privatisation, not management, is the answer.

This dual discourse is what motivates a lot of the media headlines. And yet by any metric the NHS appears to be under-managed at the operational level, they are not brilliantly paid relative to the private sector, while the intensity of work and stress is probably higher.

The lack of management resources also means trusts are reliant at times of extra pressure on management consultants - another bugbear of the media.

On average, £1.2 million a year is spent on consultants per hospital trust. However, our study of data from 120 hospital trusts in England showed that more spending on management consultants lead overall to a significant rise in inefficiency, ultimately worsening services.

The money spent on management consultants each year in England is the equivalent of around 20 more managers, 10 consultant doctors or 35 senior nurses per trust.

So, what about in the past, when the NHS didn’t have any managers and was run by clinicians? Studies from the 1970s showed that this was far from ideal, with spiralling costs and powerful medical interests holding back key reforms and improvements in delivery.

A very similar picture applies today in some areas of the US, where spending on healthcare varies widely. The town of McAllen in Texas, for example, has one of the highest cost per person on healthcare and the least number of managers.

Doctors were doing every procedure possible, even though many were unnecessary, partly because there was no oversight or standardisation.

Clinicians tend to work in silos because they do specialised work. This means that they don’t always see the big picture, whereas managers, if they are doing their jobs properly, will look at the system as a whole.

It was partly to address these problems that the 1983 Griffiths Report called for the NHS to become more managed and provide better value.

This demand is still here today. Lord Carter’s 2016 review of acute hospitals in England found “unwarranted variations” in service, ie inefficiencies, which, if addressed would save the NHS £5 billion.

Only managers, in partnership with clinicians, have the time or expertise to address this challenge. Managers are trained to put in place processes that can make services more efficient and effective. This does not always mean cost-cutting, but getting better value for money without diminishing quality.

There is also a lot of evidence-based knowledge that takes forever to be put into practice on the frontline - and some of it never gets there - or it is patchy, with one trust using the new treatment and another next door not. This could also be dealt with if the NHS had more effective management.

It is true that the NHS today may have a higher proportion of managers than many other healthcare systems in the world. However, according to the Commonwealth Fund - a US foundation - it is also one of the best performing healthcare systems, especially when it comes to value for money.

The evidence shows mangers are important and effective in healthcare. Thus, with the growing pressure on resources from an ageing UK population the NHS would be wise to apportion a good proportion of their extra cash on hiring more managers, not less.