How using your contacts can harm your business 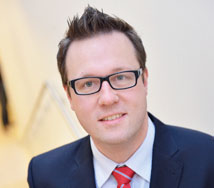 New research has suggested the adage ‘it’s not what you know, but who you know’ as one to avoid in business.

Networking is seen as the way to progress a career, but companies hiring through business contacts could be harming their performance.

By using the data-rich world of professional basketball researchers analysed the signings and performance of every team in the National Basketball Association (NBA) in the US from 1977 to 2011.

In the paper Managers’ external social ties at work: Blessing or curse for the firm?, published in the Journal of Economic Behavior & Organization, Leif Brandes, of Warwick Business School, Marc Brechot and Egon Franck, of University of Zurich found that those teams who signed players through their managers’ contacts at his old clubs produced a lower winning percentage than those sides that didn’t do this.

Far from the manager’s contacts giving him inside information it seems to have produced a negative effect on the team.

Dr Brandes said: “We found teams with ‘tie-hired-players’ – that is those where the manager signed the player through former colleagues on the coaching staff or among the owners at one of their old clubs – win 45.2 per cent of their regular season games, while teams without such players win 50.2 per cent of their games. And that is after controlling for a team’s budget and quality differences in teams and managers.

“Anecdotally it seems firms often seek well-connected employees, but our industry-wide analysis shows the hidden costs of such hiring practices.

“Pre-existing strong social ties to colleagues at a former business in the same industry are potentially very influential as they create opportunities for various deals and transactions. But our study found evidence that such external business contacts interfere with a company’s ability to select the best transaction partner.”

Such was the negative result in the NBA that teams risked losing a place in the play-offs when signing a player from a side with ties to their manager as in 64 per cent of the seasons studied the five per cent fall in the win ratio would have been the difference between a team finishing eighth and ninth, just outside the play-off spots.

In spite of this negative performance effect, Dr Brandes and colleagues found that the 146 active managers between 1977 and 2011 were on average 32 per cent more likely to acquire players from teams they had been at before than from unrelated teams, resulting in a total of 190 tie-hired-players.

“We also found the negative performance effect is entirely driven by managers under team owners who do not have strong incentives to scrutinise their manager’s decisions,” said Dr Brandes.

“These are owners who have brought in the manager, so will give them more leeway as firing them means they are admitting to a mistake.

"If the owner arrives after the manager, the manager is scrutinised more as he is easier to fire, because they are correcting someone else’s hiring mistake, and not their own.”

Information on manager turnover in the NBA supports the idea that new owners engage in stronger monitoring as within one year of an ownership change, 48 per cent of pre-existing managers are replaced. This would suggest under new ownership, a manager would come under far more scrutiny.

The findings suggest managers use their social network to reduce time and expense in looking for a business partner in the short-term, and not to maximise performance in the long-term - which would be in the best interest of shareholders or owners.

Dr Brandes added: “While the setting of this analysis is unusual, the results of our study have fairly broad implications. Several studies in the management and economics literature reveal that employees’ external social network influences their decision-making on behalf of the firm, for example, in connection with hiring, financing or investing.

“The fact that these business ties persist beyond shared working experiences makes them potentially influential in decisions made on behalf of the company.

"Basketball provides a data-rich environment to explore what effect these ties outside the company have on performance and we find the negative effect of a manager’s business contacts is large.

"It is something managers and companies need to consider when making decisions in both hiring and in other transactions.”

Lief Brandes teaches International Marketing on Warwick Business School's Undergraduate programme and Marketing on the Executive MBA, which is now taught part-time at WBS London at The Shard.