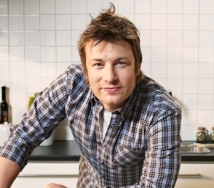 Jamie Oliver’s claim that his restaurants would shut down without European immigrants illustrates the paradox of the UK’s flexible labour market, says a Professor of Industrial Relations.

The TV chef was reportedly quoted in Good Housekeeping magazine as saying European immigrant workers were “much stronger, much tougher” and added “if we didn't have any, all of my restaurants would close tomorrow. There wouldn't be any Brits to replace them.”

“The reason why the catering industry relies so heavily on migrant workers is to be found in part in scarce skills – as the owner of curry houses often claim - but more generally in the segmentation of the labour market,” said Professor Meardi, who has examined the dynamics of intra-EU migration in his book ‘Social Failures of EU Enlargement’.

“In a service economy, there is a large number of what are perceived low-prestige jobs that members of society would only take at a relatively high wage, but recent immigrants would consider because they feel the pressure of the social environment much less.

“In catering, in particular, there are long, anti-social hours, again less of a problem for young immigrants who have come without their families. Therefore, there is a structural need for immigrants in these industries.

“The paradox of this situation is that it is inherently unstable. Immigrants themselves need to be replaced, when after some time they settle and start having similar time and social concerns as the local population.

“Research shows that employers periodically change their perception of which immigrants are ‘good workers’. Once the Portuguese, then the Indians, then the Kosovars, then the Poles and so on - as soon as one group settles, a new one is needed.

“The resulting paradox is that a flexible labour market and the British opt-out from the EU 48-hour week, which were meant to boost the UK economy and create jobs, actually put settled residents (nationals or not) with social or family obligations in an unfavourable competition with newcomers.

“A living wage and working time regulations could make the situation more even, but at the condition that society will be ready to pay a little more for these services.”