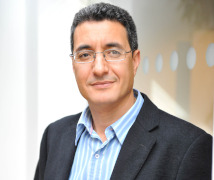 Professor Kamel Mellahi told Chinese radio that China has to boost innovation if it is to stop the slowdown in its economy and prevent it falling into the ‘middle income trap’.

The Warwick Business School Professor of Strategic Management, an expert on emerging markets, believes China is at a crossroads as it looks to stoke domestic consumption to keep its economy on an upward curve.

But Professor Mellahi says for that to happen and for China to reverse a decline in its growth, which saw it slip to 7.7 per cent in the first quarter it has to encourage more innovation.

“China must escape the ‘middle income trap’,” said Professor Mellahi, on China Radio International’s People In The Know show. “Countries that have tried to make the transition from a low income to a high income economy often got caught in the ‘middle income’ trap. Very few countries managed to escape the trap. This is because it is much easier to move up from a low income to a middle-income economy than it is to make the leap from a middle income to a truly high income developed nation.

“If one looks at why western developed economies and some East Asian countries like South Korea and Singapore evaded the middle income trap and became high income economies, one finds, among other things, two key drivers powering their economy into this position.

“In my mind the big difference between China and western countries is the social safety net,” said Professor Mellahi. “People are more willing to spend when they feel secure about pensions, education and healthcare. In the short term Chinese people will want to see tangible evidence that the safety net is there before they start spending.

“It is going to be two different segments driving the Chinese economy forward. The biggest segment is going to be the ‘mass’ segment, those in the lower income bracket. Their income is set to increase and they are expected to spend a big chunk of their money on white goods, and by so doing they will drive the lower end of the economy.

“There are many Chinese living in the rural area. It is estimated they represent £500bn of untapped opportunity. We also know from research that this segment has a high marginal propensity to spend, if they get money they are going to spend more, especially if they feel there is a social net for them.

“The core middle class are going to increase in the future and have more disposable income. They are likely to increase their consumption of high-end quality goods. This trend will drive the upper end of the Chinese economy as China moves up the value chain.

“As China goes up the value chain, it needs to sustain the lower end of the economy and the rural areas will absorb that. All these different segments need to be stimulated differently.”

Professor Mellahi believes China needs to act quickly to boost its domestic consumption to insulate itself from jolts in the global economy.

“By relying on exports China is susceptible to external shocks that could have a negative impact on its development,” said Professor Mellahi. “In contrast local consumer-led growth is controlled more by the Government and provides a more sustainable and manageable growth.”