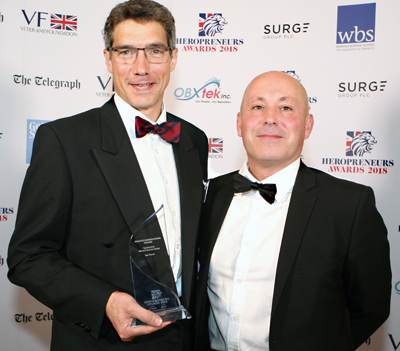 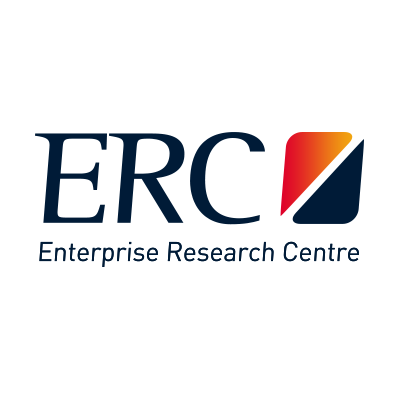 Nearly half of firms run by ethnic minority entrepreneurs have experienced an “existential crisis” threatening their survival in the past five years, a major new survey of London firms has revealed.

The startling figure - 15 percentage points higher than firms not run by someone from a minority group - is among survey data providing fresh insight on the challenges faced by firms led by ethnic minority entrepreneurs, who represent a growing but poorly-understood proportion of UK companies.

The findings form part of a major five-country study of 3,000 European firms looking at how entrepreneurs can ‘shock-proof’ their businesses. Entitled ‘Building Better Business Resilience’, the research project led by the Enterprise Research Centre, which Warwick Business School is a leading partner of and Stephen Roper is Director of, is supported by the JPMorgan Chase Foundation.

The project will lead to the development of a practical toolkit that will enable SMEs to overcome major setbacks, based on the survival techniques of firms that have been able to rebound from adversity.

Hang Ho, Head of the JPMorgan Chase Foundation for Europe, the Middle East, Africa and Latin America said: “We’ve seen that many of London’s entrepreneurs build viable businesses and aim to create employment in their communities.

"However, some entrepreneurs face much higher barriers to growing their business than others - and some of their challenges correlate significantly with ethnicity and gender. Through this study, we’re looking forward to supporting the creation and sharing of tools that will enable these businesses to compete on a level playing field and thrive in London’s vibrant business community.”

The researchers interviewed 600 business owners in six London boroughs - three categorised as lower income (Tower Hamlets, Lambeth, Hackney) and three middle income (Hammersmith and Fulham, Camden and Ealing) to understand their experiences. Half of the firms were led by women and around 30 per cent by someone from an ethnic minority.

The research found that around two-thirds of London businesses were taking formal steps to think about risk. The top three threats were perceived as loss of key staff, rising costs and cashflow problems.

Firms with leaders from a minority background were significantly more likely to have experienced a crisis threatening their survival in the past five years - 48 per cent of this group of firms were faced with a major shock, compared to 33 per cent of the non-ethnic minority-led firms.

In lower income boroughs this figure rose to more than half. Overall, across all firms, 37 per cent of London businesses said they had experienced a survival-threatening crisis in the past five years.

The researchers will explore the reasons for these differences further in the next phase of the research. However, they suggest that financial issues including under-capitalisation and the absence of available support networks could help to explain why ethnic minority-owned businesses may be more likely to experience shocks.

The data also show major differences in the types of threats entrepreneurs are most concerned about. Female business leaders worry more than any other group about personal circumstances such as illness and staff issues, while minority leaders express more concern about cybercrime and data theft.

And both groups judge several challenges to be more potent threats to their businesses than their male and non-ethnic minority counterparts, including competition from new and existing sources, cost rises, problems with premises and changes in regulation or legislation.

There are also big differences in the motivations behind starting a business, with both women and ethnic minorities much more likely to cite contributing to their local community as a factor (63 and 65 per cent respectively, versus 44 and 48 per cent for male and non-minority respondents).

UK data from the Global Entrepreneurship Monitor (GEM), published earlier this year shows that people from ethnic minority and immigrant backgrounds are twice as likely as their white British counterparts to be early-stage entrepreneurs.

The study found that in 2017, the total entrepreneurial activity (TEA) rate among non-white Britons was 14.5 per cent, compared to 7.9 per cent for white Britons - a gap which has widened substantially since the Great Recession of 2008-9.

There are around 300,000 ethnic minority-led businesses in the UK, representing just over 5 per cent of the 5.7m total, according to the Department of Business, Energy and Industrial Strategy (BEIS). These firms are estimated to contribute about £20 billion annually to the UK economy.

Maria Wishart, of Warwick Business School and Research Fellow in business resilience at the ERC, said: “The fact that minority-led firms are more likely to report experiencing a crisis could be down to a number of factors. We know that under-represented groups face greater hurdles when accessing business advice and finance and some of that could relate to discrimination or unconscious bias.

“And while we found no significant difference in the resilience of different groups of entrepreneurs to setbacks, female and ethnic minority business leaders are more likely to perceive certain factors like staffing and fixed costs as major threats to their firms. We need to understand how well-founded these concerns are and whether policy interventions could alleviate some of them.”