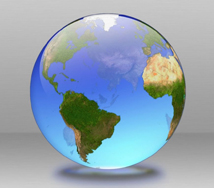 Research has shown that models used by economists to calculate the effects of climate change policies can produce polar opposite recommendations.

Although the effect of man-made pollution has been accepted by climate scientists as causing global warming, there is disagreement on the degree of the effect, and just how to tackle it.

Economists have a vast array of benefit-cost analysis models to choose from to try to work out what effect different policies and regulations will have on the Earth’s climate in the future.

Research by Tigran Melkonyan, of Warwick Business School, in collaboration with Robert Chambers of the University of Maryland, has found that depending on how the models view a ‘rational decision-maker’ they can produce very different outcomes and so policy decisions.

Dr Melkonyan said: “There is a lot of uncertainty when making these policy decisions as economists have to make assumptions about the imprecise nature of the existing science on climate change, future technological advances, future generations’ preferences, and many other factors.

“But even when these assumptions are agreed upon in a decision framework, so that the different models are using the same information, they still produce vastly different outcomes because they view what we should be pessimistic about differently.

“Instead of producing science-based decisions, these models are becoming rhetorical devices for policymakers, with models available to support opposite policy decisions.”

The models used are based on the subjective expected utility (SEU) model, created by Leonard Savage in 1954, which attempts to calculate how people weigh-up the attractiveness of a risky economic opportunity.

Over the years various experiments have found the SEU model violates human behaviour and economists have developed a host of new models to compensate for its shortcomings.

The MEU model sees the worst as highly likely and seeks to insure against it as fully as possible; the IEU sees doubt about outcomes as a reason not to act or to take far less action.

Dr Melkonyan says this means that the different models are pessimistic either about sticking with the present situation or the future.

He said: “It is a subtle difference about what is weighted, but it has a large effect. Relatively speaking, the MEU model puts greater weight on potential improvements.

“The two forms of pessimism, one about changes from the status quo (IEU) and the other about the status quo push in opposite directions. The result is potentially large differences in the way the future benefit of a policy is calculated.

“This has dramatic consequences when dealing with such an important issue as climate change. The key issue confronting economists at the moment is whether policy to control greenhouse gases should be immediately stringent or increase in strictness gradually.

“Depending upon the model chosen, one finds support for either policy.”

The gap between IEU and MEU is not only because of the wide disparity of views among scientists on the rate and threat of climate change, but also down to the inherent assumptions of what a rational decision-maker would do that these models use.

“Because there is such widespread disagreement in the scientific community, the objectively rational suggestion in the IEU model may be to effectively wait and see,” said Dr Melkonyan.

“Subjective rationality, on the other hand, which underlies the MEU model, is similar to the ‘one-per cent doctrine’: if there is even a small chance of a catastrophic outcome, it should be treated as though it were a near-certainty.

Related article: Students devise start-ups to save the planet

“This conundrum is at the heart of all these models. They all answer the question of what decision to make when faced with wide-ranging information.

“Because the viewpoints in these models differ and those differences turn out to have deep implications for policy recommendations, it is hard to accept any of their recommendations as truly science-based.

“Instead, they are perhaps more properly recognised as rhetorical devices marshalled to support different policy positions.”

Tigran Melkonyan teaches Improving Management Decision Making on the Executive MBA and Fundamentals of Economic Behaviour on the suite of MSc Business courses.