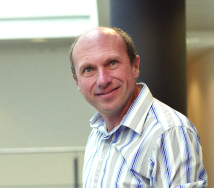 Professor of International Business Geoffrey Wood believes the new BRICS development bank can rival the International Monetary Fund (IMF) and the World Bank if it can reconcile its competing agendas.

Leaders of the so-called BRICS nations - Brazil, Russia, India, China and South Africa - are in Durban putting together the new bank, which will initially focus on infrastructure and development projects.

The BRICS nations make up 40 per cent of the world’s population and 17 per cent of world trade and though where it will be based and how much capital it will have is yet to be decided Professor Wood can see it becoming a big attraction for emerging markets.

“The track record of the IMF and World Bank austerity policies are very mixed, and there is little doubt that  many nations would welcome an alternative to these bodies,” said the Warwick Business School Professor. “This is likely to make the BRICS development bank hugely influential if, indeed. But, in the short term, this is contingent on the extent to which it reconciles the competing agendas of the BRICS countries.

“Most people assume that the current economic crisis has led to a great strengthening of the power of the World Bank and the IMF, and that this power is largely uncontested. What is interesting however, are the limits of the power of these bodies.

“The aftermath of the Asian financial crisis saw a number of countries in Asia - and Russia as well - stockpiling foreign exchange reserves precisely so they did not have to make recourse to the IMF or World Bank again.

“The proposed BRICS development bank represents an important new development, that, potentially further circumscribes the influence of these bodies.

“The BRICS development bank will be extremely attractive to many developing countries who have had their fingers burned through engaging with the World Bank and the IMF.

“In theory, the BRICS bank could erode the role and status of the IMF and the World Bank. However, the details of how the BRICS bank is governed and how it will operate remain unclear. What is even unclear is the amount of initial capitalization; very different sums of money are being bandied about. It will certainly be some years before the bank is operational, but in the long term it could have a significant impact.”

The bank would have access to a huge and growing market, though the power struggle between the nations involved could lead to difficulties says Professor Wood.

“China holds vast foreign exchange reserves and is likely to be, in some manner or other, the dominant player in the BRICS bank,” said Professor Wood.

“As the weakest BRICS member, South Africa has perhaps most to gain from establishing the bank, although all may gain from the international clout the new body may confer.

“South Africa is the smallest BRICS member and has become increasingly reliant on minerals exports, which provide volatile revenue streams and, ultimately are a depleting resource.

“South Africa could be faced by a balance of payments crisis in the future, and the BRICS bank could potentially be a lifeline for it.”