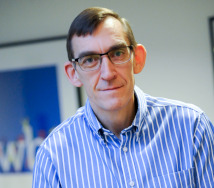 Warwick Business School’s Paul Simmonds told Sky News that undervaluing the Royal Mail IPO is not such a problem for the Government as it still holds a significant minority stake in the company.

A frenzied first day of trading saw Royal Mail’s share jump by 38 per cent to close at 455p after the Government sold them at 330p as more than 100m shares were traded in the first hour.

The Financial Times reported that more than a quarter of all the shares sold by the Government changed hands during its first morning on the FTSE, with the BBC saying 10 million shares were traded in the first 30 seconds.

But Dr Simmonds, who looks into privatisations as part of his research into UK conglomerates, believes having a conservative starting price is understandable given the Government's need for it to be a success.

“We need to remember that to guarantee a successful share sale the shares will have been discounted, so there is some degree of undervaluing the business,” said Dr Simmonds on Sky News. “However, by retaining a significant minority shareholding, the Government can benefit from any increase in value.”

The Government retains a 37.8 per cent stake in Royal Mail, though the Financial Times reported this could be reduced to 30 per cent if the share price remains strong. Retail investors received 33 per cent of the shares, with institutional investors allocated 67 per cent.

The institutional tranche was 20 times over-subscribed, while the retail offering was seven times over its limit, with full trading in the shares not beginning until October 15.

Dr Simmonds said: “The Royal Mail’s latest profits are good and show how far it has come under the new management team but, challenges lie ahead; there is the distinct possibility of industrial action by the end of October.

“Furthermore, the costs of maintaining the ‘universal service’ are not insignificant, some restrictive labour practices remain and competitors are becoming increasingly active in the UK.

“On the positive side, the Royal Mail turnaround may have some way to go, but the parcels business is growing at around six per cent a year - offsetting similar reductions in the letters business - and, with accumulated tax losses, the business is unlikely to be paying corporation tax for some time.

“The announcements on dividends, around six per cent for the current financial year, also suggest a degree of confidence in the future and it is the future profitability of the business which underpins its value.

“Royal Mail can now raise the necessary funds to compete on the market rather than the Government having to invest. It will need to invest in its parcels business which, with the decline in letters, is the driver of growth. And the Government will earn just under £2 billion from this privatisation.”

Unlike some previous privatisations in the UK the Government does not hold a ‘golden share’ in Royal Mail, increasing the chances that it could one day fall into foreign ownership.

Dr Paul Simmonds said: “The differences to previous privatisations are that restructuring at Royal Mail is well advanced - but not complete - which maybe wasn’t necessarily the case with say, British Rail, British Gas or British Steel. Also the Government does not have a ‘golden share’ giving it the power to block certain actions, notably acquisition by a foreign company.

“As for independence, Deutsche Post has proved itself to be acquisitive and Royal Mail could be a target, especially as there is no ‘golden share’ and if the Government sells its remaining stake, although I imagine that might be some time off. Royal Mail itself may try to broaden its activities through acquisitions.”

Click here to listen to Dr Paul Simmonds on BBC Radio Scotland. He is on after 1hr 36mins.

Click here to listen to Dr Paul Simmonds on BBC Radio Five Live's On The Money. He is on after 50 minutes.