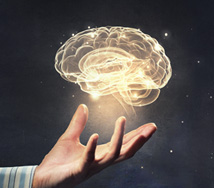 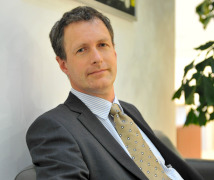 Our brains are hardwired to make us all storytellers 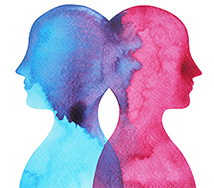 The state of your brain can be used to predict your future decisions before you even see the options, researchers have discovered.

Drawing on methodologies and theories at the cutting-edge of neuroimaging and chaos theory, Nick Lee, Professor of Marketing at Warwick Business School, Sven Braeutigam, of the University of Oxford, and Carl Senior, of Aston University, argue that this knowledge can give important insight into how and under which circumstances people might engage in risky decision-making.

The paper, A role for endogenous brain states in organizational research: Moving toward a dynamic view of cognitive processes, published in Organizational Research Methods, builds on previous work by Dr Braeutigam suggesting that when presented with a choice about which common consumer goods to purchase people whose brains are in a ‘deterministic’ – which might represent a more prepared – state, tend to make their choice quicker and also pick the less familiar brand.

But when the brain is not in a deterministic state people tend to choose the familiar brand and take slightly longer to do it.

Professor Lee said: “Theoretically speaking, and in the right conditions, we can measure the brain’s activity and then use it to predict that person’s choice before they have even seen the choice options.

“The brain is always dynamic; it’s not just reacting to stimuli, it is actually constantly predicting what might happen next. But this deterministic state is constantly fluctuating, so what state your brain is in when the product choice is presented to you to some extent predicts the choice you make.”

The brain consumes 20 per cent of the body’s energy even when we are doing nothing. When it is given a difficult cognitive task to do the increase in energy used is minute.

The researchers argue this resting activity is not just noise, as neuroscience research has often treated it in the past, but is actually critical in how we interact with the environment.

“Our idea is that this intrinsic brain activity is part of the brain’s predictive process about what is going to happen next,” said Professor Lee. “It prepares you to make a decision.

Can brain scanners predict our decisions?

“It suggests the brain is somehow preparing itself to make choices, predicting future demands and helping it to respond most effectively to what it ‘guesses’ may occur in the future, but this activity fluctuates all the time, and will influence us to make different choices in each one.

“Of course, in any binary choice, random chance will predict your choice correctly 50 per cent of the time, but it is likely that we can significantly outperform that, in the right conditions, by knowing your brain state before you make that choice.”

Critically, the authors argue, methods based on chaos theory can measure if brain activity is organised in some sort of pattern or completely random, and how the degree of organisation can impact a future decision.

Professor Lee added: “We can speculate that in evolutionary terms we might have needed this more prepared state to make quick decisions, because it may have led to a higher potential to survive some situations, but why we tend to take the unfamiliar choice is interesting - it could be some kind of variety seeking.

“We believe that by incorporating an understanding of this intrinsic brain activity into research in a host of decision-making situations we can develop a more accurate view of how our brain works to support our behaviour.”