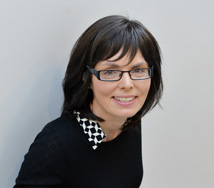 The effectiveness of the widespread use of pay-for-performance schemes in NHS hospitals has been thrown into doubt by new research revealing reductions in patient death rates are just a short-term effect.

Researchers followed up an initial study of 24 hospitals in the north west that found it had reduced the number of deaths by 890 in the first 18 months of a pay-for-performance scheme being introduced.

But two years later the scheme’s impact on improving figures for in-hospital deaths within 30 days of admission had disappeared.

The ‘Advancing Quality’ scheme used in the north west sees cash bonuses paid to the top-performing hospitals to invest in further improvements in care, though midway through the programme this was changed to fines for failing to reach targets.

She said: “The results are quite ambiguous. We found that the effect was no longer present at 42 months, but then we also found improvements in related areas, where there was an improvement in the quality of care for patients not covered by the incentive scheme.

“Also, the effect no longer being there may be because the rest of the country had taken on the lessons from the pay-for-performance scheme used in the north west, but we really don’t know and need to do more research to find out.

“Potentially the change to fines rather than bonuses could make a difference, but we didn’t find any evidence that people were treated differently. The system changed but from the interviews we did people took the scheme just as seriously.”

The study, funded by the National Institute for Health Research Health Services and Delivery Research (NIHR HS&DR) Programme published in the New England Journal of Medicine, looked at three conditions for which patients are admitted to hospital in an emergency; heart attack, pneumonia, and heart failure. Researchers examined deaths occurring within 30 days of admission to hospital, comparing the 24 hospitals in the north west with 137 in the rest of England. In all more than 1.8 million admissions were looked at.

Professor McDonald added: “Pay-for-performance schemes are being widely adopted in hospitals across the country, so it is important we understand what impact they are having.

“After showing positive short-term effects in the long-term, although death rates in the north west continued to fall, the reductions were no longer better than the national trend. In fact the reduction in mortality among patients with the conditions studied was greater in the hospitals not participating in the programme. Yet the mortality rate for related conditions not covered by the scheme fell more in the participating hospitals, raising the possibility of positive spillover effects on care for other conditions.

“More research is needed to understand just how and why the short-term positive effect has disappeared and why these apparent spillover effects have occurred.”

The paper, entitled Long-Term Effect of Hospital Pay for Performance on Mortality in England, was authored by Søren Rud Kristensen, Rachel Meacock, Alex James Turner, Ruth Boaden and Matt Suton, of the University of Manchester, Ruth McDonald, of Warwick Business School and Martin Roland, of the University of Cambridge.