WBS partners with Travelex to develop its future leaders 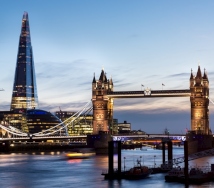 Resistance to organisational change can be a positive

When implementing change in an organisation, especially major structural or cultural change, many leaders will come up against resistance.

This is often in the form of staff raising questions, challenging assumptions, demanding more detailed answers, or simply not unproblematically following. A common mistake, though, is to think such behaviour is bad news and work against it.

Firstly, not all resistance is unhelpful. The word carries negative connotations: people are being obstructive and seen as boulders in the way of progress; they are being unreasonable and slowing things down without reason; they are self-interested; or they are purposefully plotting against management.

That reaction rests in part on an outdated idea that the manager or leader knows best, and are there to decide what needs to be done and how. Anybody in the way of this is thus seen as both disloyal and unproductive.

Secondly, branding such staff ‘resisters’ is itself a strategy, with considerable room to backfire. Doing that allows managers or leaders to dismiss them, for instance as being ‘set in their ways’ or being ‘typical of the finance department’. Managers can then justify distancing themselves from such voices, ignoring their input and continuing to speed along on their original path.

However, we know participation from the start is more likely to facilitate staff commitment, including staff then promoting the change elsewhere. This means it is not just right, but also effective to involve those affected by the change as early as possible, so they feel they own it.

That said, staff consultations like this are not uncommon and one bad experience - most notably giving feedback as part of the process that ignored without explanation - will leave workers cynical or distant. Indeed, one common and legitimate reason for staff resistance is that they have seen all this before.

This is why taking short-cuts, not engaging people and rushing the process has such damaging long-term consequences. Managers can pull it off once, but the staff trust for any other change process is simultaneously eroded. So, therefore, is long-term effectiveness.

How can we break this cycle? John Kotter’s classic eight step model of organisational change would say we need a senior coalition at the start, a clear vision, and the celebration of ‘small wins’ once achieved.

The problem with this model, and others like it, is that they are a very top-down view of change. The approach might work for smaller interventions and emergencies, and it may well feel most comfortable to managers, but it is not going to work for organisational change on a large scale.

This is where leaders need to see resistance in a much more complex and nuanced way, as an entry point into a different set of practical strategies.

The better way, which is something we explore on the Executive Diploma in Organisational Change, is engaging staff from the very beginning, before any decisions are made. This represents an authentic process of seeking a diversity of views and so 'resistance’ becomes valuable insight instead.

This also requires starting the process earlier and leaving sufficient time, recognising that deeper change takes quite a bit of it (usually a lot longer than we’d like).

Once a consultative decision has been made, it needs to be communicated again and again, over many channels. Importantly, such communication ought to be truthful. Too often cost-saving measures, for instance, are sold as something else.

Studies have shown that staff prefer to hear bad news rather than no news at all, because then they can start dealing with it.

Finally and importantly, adequate staff and resources need to be made available to support implementation. It is hard to facilitate a major process of change if you still have your usual job to do too.

So, implementing change successfully is not witchcraft, nor solely the domain of charismatic leaders. There are reasons, though, why most change management projects continue to flounder.

Firstly, if your leadership team is made up of people with the same top-down style of command and control leadership, it will be difficult to consider or take another approach.

Secondly, there may be incentives and structures in place running counter to this kind of cultural shift. For example, if a company wants to develop a collaborative culture because it knows working in silos is dangerous, a consultation process will matter little if the staff performance incentives are still set at an individual level.

Thirdly, once the decision is made and the route to change decided, some people will still be on the outside. With some individuals, it may well be best not to do anything - often people change on their own.

Notably, that can be an uncomfortable truth for managers, because we continue to see management as controlling, rather than facilitating. Thus, when faced with such continued scepticism, some managers may revert back to control as their own way of coping. This holds us back too.

In summary, leading complex organisational change, especially that involving large scale cultural or structural change, is not the time for command and control in the driving seat.

Staff are not passive receptors of information from managers, but active participators in their spaces. They are more likely to feel ownership and go with us on journeys if they are part of the process - even, and especially, the ‘usual resisters’.

Find out more about Organisational Change on the Executive Diplomas Series.

Maja Korica is Associate Professor of Organisation and Human Resource Management and teaches on the Warwick Diploma in Organisational Change.