Scenery not just greenery has an impact on health 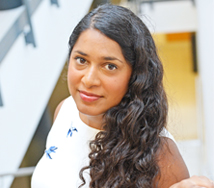 People feel healthier when they live in a more scenic area, a new study has found.

Researchers have found that this link holds across urban, suburban and rural areas of England, and cannot simply be explained by the income of local residents, or how green an area is.

Chanuki Seresinhe, Tobias Preis and Suzy Moat, of Warwick Business School, used crowdsourced data from an online game called Scenic-Or-Not, where users have rated the “scenicness” of more than 212,000 pictures of Britain. More than 1.5 million ratings have been collected so far.

The researchers found that people who lived in areas rated as more scenic reported their health to be better, when answering a question about their health in the 2011 Census. The study, Quantifying the Impact of Scenic Environments on Health, is published in Scientific Reports.

“To explore how scenicness relates to people’s health, we had to account for a wide range of factors,” said Ms Seresinhe, a PhD student in the Data Science Lab at Warwick Business School. “Richer people may live in more scenic areas, cities may be less scenic due to the lack of nature and higher population density, and scenic areas may be less polluted.

“Our analysis considered whether an area is urban, suburban, or rural. We also controlled for socioeconomic characteristics that may be linked with health, such as income and employment. On top of this, we ran an additional analysis to account for levels of air pollution.

“After building all these factors into our analysis, we found that across all of England, people report better health when living in areas of greater scenicness."

Crucially, the researchers found that scenic areas were not simply green areas. Their findings imply that differences in reports of health can be better explained when considering ratings of how scenic an area is, rather than just measurements of green space.

“We know that some of the areas rated as very scenic, such as the Lake District, are also very green,” said Dr Moat, Associate Professor of Behavioural Science and co-director of the Data Science Lab. “For this reason, we wanted to make sure that the relationship we were seeing between scenicness and health wasn’t simply reflecting beneficial effects of green spaces.

“Our analysis confirmed that people do report their health to be better in areas with more green land cover. Importantly, however, we find that across urban, suburban and rural areas, we can better explain differences in how healthy people report themselves to be if we also consider how scenic the area they live in is.”

Ms Seresinhe added: “This is a fascinating finding. Just because a place is green does not compel us to feel better on its own. It seems to be that the beauty of the environment, as measured by scenicness, is of crucial importance.

The Scenic-Or-Not website was originally built for mySociety, a not-for-profit organisation that develops technology to help people in their civic and democratic lives. The game asks people to rate pictures on a simple scale of one to 10, with one representing “not scenic” and 10 “very scenic”.

Each of the photos, drawn from the website Geograph, has data attached that indicates where the photo was taken. The researchers combined the data collected from Scenic-Or-Not with data from the 2011 Census for England and Wales, where people reported their general health as “very good”, “good”, “fair”, “bad” or “very bad”.

“Until recently, it would have been difficult to investigate the relationship between our health and the beauty of the environment we live in, due to the cost of running a survey to gather such large amounts of data on how scenic people considered different parts of the country to be,” said Dr Moat. “The internet offers a new solution to this problem, because it allows us to build games and services which provide incentives for citizens to submit these sorts of ratings.”

Dr Preis, Associate Professor of Behavioural Science and Finance Science and co-director of the Data Science Lab, said: “Our previous work has focused on analysing data from sources such as Google, Wikipedia, and Flickr to predict and measure human behaviour in the real world. These findings provide another example of how data from the internet can be used to measure behaviour, which previous approaches struggled to capture.

“The huge volumes of data we are now generating on an everyday basis are opening up intriguing new possibilities to quantify and test intuitions about the social world around us."

Ms Seresinhe added: “Our results suggest that the beauty of our everyday environment might have more practical importance than was previously believed.

“In order to ensure the wellbeing of local inhabitants, urban planners and policymakers might find it valuable to consider the aesthetics of the environment when embarking upon large projects to build new parks, housing developments or highways. Our findings imply that simply introducing greenery, without considering the beauty of the resulting environment, might not be enough.”