Skinny models are a turn off for real women 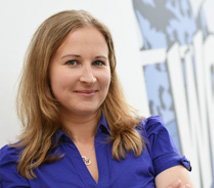 Marketers beware; images of skinny models can be a turn off for female shoppers according to research.

A study by Dr Tamara Ansons, of Warwick Business School, revealed that the use of slim female images in advertising campaigns can not only harm some women’s well-being but subconsciously turn them off a brand as well.

Brands such as H&M, Diesel and Marks & Spencer are amongst some of the leading fashion brands to favour plus-size models and natural beauty in their advertising campaigns but some are still getting it wrong.

How M&S are getting it right
On September 3 Marks & Spencer launched its new ‘leading ladies’ campaign which features inspirational female role models such as burns survivor Katie Piper and Olympic medallist Nicola Adams in an attempt to reverse M&S’s long term decline in sales of womenswear and Dr Ansons says it is a step in the right direction.

“M&S appears to realise that utilising female imagery that blatantly presents a thin model is not going to be well-received by every consumer group. It has favoured talented, inspirational women over skinny models. By applying this insight to its ad campaign it appears to have revitalised the brand with its core target.

“Non-threatening female imagery which promotes the diversity of successful women will, in all likelihood, result in more favourable responses” said the Assistant Professor of Marketing.

Women feel 'threatened' by idealised imagery
“In our research we found that when thin or overly attractive models are featured along with brands, viewers may feel threatened by the idealised imagery, which results in the denigration of the female and more negative responses towards the featured brand.

“Marketers should really think about who they are trying to target with their campaigns. Skinny models simply don’t cut it if you are trying to appeal to real women.”

Watch this new film to find out more.