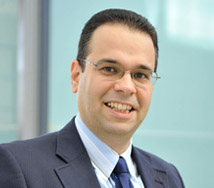 A recognition of mistakes made in the bailout of Greece can be a positive in the long-term, Dr Sotirios Paroutis tells France24.

The International Monetary Fund (IMF) has admitted that it made mistakes in handling Greece's first international bailout in 2010 in a study it has published. The IMF said it was too optimistic in its growth assumptions and said a debt restructuring should have been considered earlier.

The IMF, together with the European Commission and the European Central Bank, form the Troika currently overseeing a multi-year adjustment program in Greece.

Dr Paroutis, who is Greek and an Associate Professor of Strategic Management at Warwick Business School, said: "The IMF report points to mistakes in the way the first Greek bailout in May 2010 was handled and suggests the need to refine the Fund’s lending policies to accommodate for conditions in monetary unions. It also points to differences of view with the other Troika members. Such mistakes and differences of view are not new or unexpected, especially when dealing with such multi-dimensional and complex issues, as is the effort to deal with the Greek debt.

"A public recognition of mistakes by the IMF has positives as it shows willingness to be more transparent about the fund’s processes and could potentially result, in the long-term, in improved collaboration with European institutions.

"However, the inevitable question is whether raising these issues at this point in time is detracting from efforts to deal with the issues the Greek economy is still facing. Already, European Union officials have openly questioned parts of the IMF report, while there is an avalanche of criticism by political parties and the media in Greece."

The Greek economy is suffering terribly from its economic crisis, which saw the Troika granted the country a 110bn euro (£93bn; $145bn) bailout by the IMF in May 2010. Another 130bn euro rescue package was approved in February 2012. But Dr Paroutis, who worked for McKinsey & Company and Eurobank before joining academia, believes there are signs of a recovery.

"One of the key issues the Greek economy and the Greek people face daily, despite years of austerity, is unemployment," said Dr Paroutis on France24. "The official rate of unemployment is 26.8 per cent for March 2013 compared to 11.5 per cent three years ago, with 58.3 per cent in 15-24 year olds from 31.2 per cent in March 2010. There are some ‘green shoots’ though, with the IMF report recognizing that several recent developments, for instance in restarting infrastructure projects and in increased tourist activity (tourist arrivals expected to reach 17 million in 2013) point to signs of economic recovery.

"This will be welcome news to international investors seeking new growth opportunities, particularly in transport and tourism-related industries; and in relatively stable conditions as Greece has the commitment of its European partners for further economic relief in 2014-2015. If planned carefully, these investments could make a real difference to the Greek economy, as the country now needs more growth-enhancing initiatives rather than one-dimensional deficit reduction efforts."