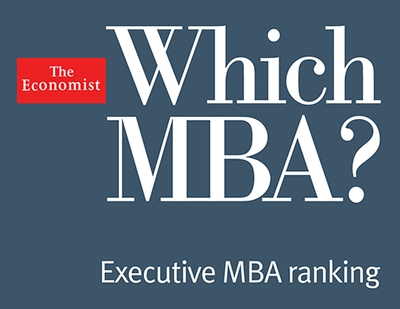 Warwick Business School’s Full-time MBA programme has retained its position as number one in the UK in The Economist’s annual ranking – for the fourth year in a row.

In The Economist/WhichMBA? 2018 global ranking of full-time MBA courses WBS has also maintained its position at 18th in the world and third in Europe.

It means WBS is once again the only UK school in The Economist’s global top 20 and one of only three European schools to reach the world’s elite group.

Andy Lockett, Professor of Strategy and Entrepreneurship and Dean of WBS, said: “To be ranked the best school in the country for the fourth year in a row is testament to the quality of the programme.

“Unlike most other global rankings, The Economist surveys MBA students as they do the course, as well as MBA graduates, so it is particularly gratifying to be ranked number one.

“The Full-time MBA is meticulously put together so students learn from a truly diverse cohort, world-class academics and research, plus experience different business cultures on international trips, along with lectures from leading industry figures.

“The focus is on developing well-rounded business leaders and with a careers service that works tirelessly with the MBAs on helping them achieve their career dreams and aspirations many of them go on to be just that.”

Among the four main categories that make up The Economist’s ranking WBS is rated number one in the world for ‘open new career opportunities’ and third globally for ‘potential to network’.

And as part of the rankings’ 12 individual metrics WBS is 10th in the world for the percentage of graduates with jobs or job offers three months after completion, with many going on to join the likes of Deloitte, Jaguar Land Rover, Amazon, Google and GE.

John Colley, one of 10 Professors of Practice at WBS bringing vast industry experience to the classroom and Associate Dean of the MBA, added: “This latest ranking comes on the back of our Executive MBA being ranked in the world’s top 20 by the Financial Times and our Distance Learning MBA being ranked number one in the world by the FT.

“These strong ranking performances show we are moving in the right direction. We have seen an increased demand for our MBA, with the number of successful applications resulting in our double-streaming the Full-time MBA this academic year for the first time.

“We will continue to focus on putting the student experience at the heart of our MBA and looking at how we can help them achieve their career goals.”

Full details of The Economist/WhichMBA? 2018 global ranking of the top 100 business schools can be found here.