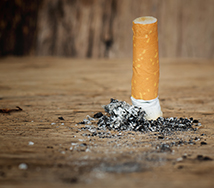 Smoking bans are not only shrinking tobacco firm’s market at home but limiting their ability to invest in markets abroad, according to new research.

More than 170 countries have now introduced various bans on smoking in public places and buildings, which has naturally led to a decline in smoking in those countries.

It was thought when the bans were introduced that tobacco companies would instead target those countries without bans, usually those in the developing world, but research by Nigel Driffield, of Warwick Business School, Jo Crotty, of Aberystwyth University, and Chris Jones, of Aston Business School, has found this has not happened.

In a study of 141 companies across 20 countries over a 10-year period they found smoking bans in the country where the firm was based reduced the likelihood of them investing abroad.

Professor Driffield, who teaches International Business on the Executive MBA and Distance learning MBA, said: “Not only did bans affect the tobacco firm’s cash flow, and therefore reduce their funds for international expansion, there is also evidence that they are sensitive to home public opinion when investing abroad.

“It seems that tobacco companies are sensitive to their public profiles and, as they seek new working relationships with governments and battle over issues such as plain packaging and intellectual property, do not want to be seen to be exploiting the poorest countries, who are often the ones without smoking bans.

“Smoking bans often reflect a negative political mood within their home country towards tobacco and so investing in poorer countries to make up for dwindling sales at home may seem exploitative and would be bad for their PR.”

In their paper Regulation as Country-Specific (Dis-)Advantage: Smoking Bans and the Location of Foreign Direct Investment in the Tobacco Industry, published in the British Journal of Management, the researchers found that of the 141 firms 53 engaged in foreign direct investment (FDI) and 26 invested in countries without a smoking ban.

The research revealed that those firms based in countries without smoking bans, therefore, had an advantage, not only in their home market, but also abroad as they invested more heavily in FDI.

“We saw signs of this in our study,” added Professor Driffield, who also teaches International Business on the MSc Management. “This raises the prospect of the sector being dominated by a few countries who don’t have bans or public opprobrium towards smoking.

“China, for example, has a smoking ban but it has numerous exemptions, including restaurants, bars, hotels and airports. Historically, it has seen growth in domestic sales of more than four per cent a year, along with increased internationalisation of its tobacco industry, particularly in Asia and Africa.

“Equally, tobacco companies from EU countries with only limited bans, or where bans have less impact due to weather, such as France and Italy, continue to see their tobacco firms invest abroad.”

The World Health Organisation estimates more than six million people die every year from smoking related illnesses. These figures are falling in the developed world, but continue to rise in developing countries. The study highlights the role that smoking bans in developed countries can play in seeking to reduce these figures.

Professor Driffield added: “The study reveals that national policy appears to have made firms situated in countries with smoking bans better corporate citizens.

“We found that in countries where the demand for tobacco is falling then a smoking ban hastens this process, and reduces still further the capacity of firms from that country to carry out FDI.

“Also, where a firm’s demand is increasing, then a ban dampens the extent to which this growth leads to internationalisation.”