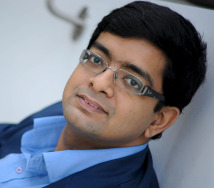 Universities in UK and US are driving Indian firms’ expansion across the globe, new research claims.

Among the bosses of top Indian companies who have been educated in the UK or US are Ratan Tata, the former Chairman of the Tata Group, who attended Cornell University and Harvard Business School; Cyrus Mistry, the Chairman of Tata Group, who went to Imperial College London and London Business School; Anil Ambani, who runs one of India’s top three private businesses Reliance Anil Dhirubhai Ambani Group, has an MBA from Wharton School in the US; and Ness Wadia, managing director of Bombay Dyeing, who studied at Tufts University, in the US, and at the University of Warwick.

The research by Sourindra Banerjee, of Warwick Business School, Jaideep Prabhu, of Cambridge Judge Business School, and Rajesh Chandy, of London Business School, found that rather than India suffering a ‘brain drain’, students had returned to the country with enhanced knowledge and contacts that allowed their firms to expand. And those countries that they studied in, received inward investment.

“By letting citizens study and work in developed countries, countries like India get access to business leaders who can expand their companies into places like the UK or US.

“On the other hand, by allowing students from emerging markets to study and work in the West, these developed countries gain access to investments from developing countries when these students return to their homeland and become leaders of companies.

“Rather than emigration and immigration controls, politicians in both developing and developed countries should consider scholarships or loans to enable students in developing countries to be educated in developed markets.”

In the paper Indirect Learning: How Emerging-Market Firms Grow in Developed Markets, published in the Journal of Marketing, the researchers compared the growth in developed countries of 116 Indian firms against 160 UK companies over 10 years.

Since restrictions on Indian firms investing abroad were lifted in 1999 by the Indian Government and average annual revenues of the 116 Indian firms grew by from $5 million to $70 million in 2008 when adjusted for inflation (see chart).

The study found managers of Indian companies who have studied in the West are far more likely to grow their companies in developed countries than their peers without such education.

Indirect learning from leaders, competitors, and other firms in their networks all play a part in why some companies from the developing world succeed where others fail.

Dr Banerjee said: “Leaders with education and work experience from developed markets can use this knowledge to have a substantial influence on the international growth of the firms they lead.

Other reasons for the success of developing country companies in developed markets are that they learn from their competitors and from other firms in their networks how to, for example, manage brands and make better product decisions.

Dr Banerjee added: “Developing countries should look to foster more connections with Western nations rather than protecting their companies.

“Our findings suggest developing market companies have much to gain from the opening up to developed market competition and that policy makers in developing markets should not bow to the demands of domestic business leaders to keep protectionist barriers high,” said Dr Banerjee.

“They could do this by encouraging trade associations to bring together domestic and foreign companies and by organising international trade shows where local companies can talk to companies from the developed world.

“Also I would suggest firms in emerging markets create an internal pool of managers with experience in developed countries who could eventually lead these firms. These companies would then be better positioned to learn how to compete in developed markets which would, in turn, increase their ability to grow globally.”

Dr Sourindra Banerjee teaches Global Branding on the MSc Marketing & Strategy. He also teaches the same module, as well as Strategic Marketing on a suite of postgraduate business courses available at the business school.