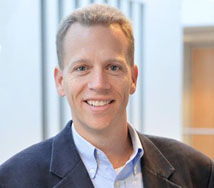 A Warwick Business School Professor has been named as the new Editor-in-Chief of a respected four star journal.

David Allen, a Professor in the Entrepreneurship & Innovation group, will take the reins of the Journal of Management (JOM) in June.

Professor Allen said: “It is a great honour to be selected to be the next Editor-in-Chief of the Journal of Management.

“The journal covers domains including businesses strategy and policy, entrepreneurship and resource management and articles are regularly cited in the major business media, including The Wall Street Journal, The Financial Times and The Washington Post.

“As such I look forward to playing an important part in continuing to develop a hugely respected and influential journal.”

Professor Allen will assume the role of Editor-Elect beginning in June 2016 and will begin accepting manuscripts as Editor-in-Chief on July 1, 2017.

He earned a PhD from Georgia State University in 1999 and, as well as his role as Distinguished Research Environment Professor at WBS, he is also part of the faculty in the School of Management and Labour Relations at Rutgers University.

He has published 51 refereed journal articles, many of which have appeared in top-tier management journals.

The JOM is peer-reviewed and published bi-monthly. “The journal is committed to publishing scholarly empirical and theoretical research articles that have a high impact on the management field as a whole,” added Professor Allen.

“I hope to bring my editorial experience of working on a number of journals, as well as standing as Senior Associate Editor for the JOM.”