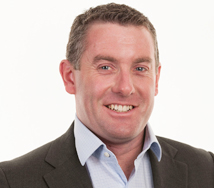 A WBS alumnus has been elected as the new chair of Business Professional Services (BPS) Birmingham, replacing Wesleyan CFO Ahmed Farooq, who steps down after 18 months in the role.

Ian Barnes, International Tax Partner at Deloitte UK’s Birmingham office, officially takes on the role in March.  An existing member of the Board, Ian first took a leadership role in the organisation in 2009 through Birmingham Future, where he was Chair of the strategy committee.

Having served as Finance Director of the organisation for the past two years, Ian will spend the next two years as Chair continuing to strengthen the Board and focus on nurturing and mentoring talent across the Midlands.

BPS Birmingham is a leading voice for the sector and instrumental in influencing and shaping local policy, a legacy Ian is keen to continue.

“The Midlands has some of the best universities, colleges and professional organisations in the UK, yet in the past, we have struggled to retain the expertise and knowledge developed here, but the tide is definitely turning,” said Ian.

“BPS Birmingham has made great strides over the past few years to showcase the full benefits of working and living in the city.  The creation of BPS Birmingham Aspire and the networking opportunities and mentoring schemes in place, ensures today’s talent have the best support to nurture and drive their careers."

A new member of the Board has just been appointed with John Keane, Media Strategy Director at creative agency BBJ & K taking up his role with immediate effect.

In addition to his role as Chair of BPS Birmingham, Ian will also be actively involved with the Greater Birmingham & Solihull Local Enterprise Partnership.

Ian added: “I believe it is essential that we do all we can to both promote the city’s existing talent whilst also supporting future generations – from all backgrounds – into what is an increasingly exciting sector.

"It is important that we create opportunities and for new talent to network outside of their workplace to develop their own identity within professional services and create a voice of their own, which is where BPS Birmingham can play a major role.

“As an organisation, we have the skills and training ability to retain and attract talent to the region, and the recent board appointments reflect our ambition in this area. That is why it is essential that the Board represents the leaders of today and tomorrow from across the Midlands business community.”

Ian, a BSc Management alumni, returned to head up the Deloitte’s 100-strong business tax team in the region in 2014. During his 18 year career in the professional services sector, he has taken on a number of talented roles and is now responsible for more than 250 people across Deloitte UK.

Commenting on his predecessor, Ian said: “Ahmed’s commitment, energy and passion for BPS Birmingham and the city’s continued development as a centre of business excellence has been impressive.

“As Chair, I will be looking to build on Ahmed’s legacy particularly around how we can help our sector address the complex and important challenges around skills. This is an area where I believe BPS can make a meaningful and sustained contribution to the on- going prosperity of both the region and the wider community.”