What did the Ancient Greeks ever do for us? 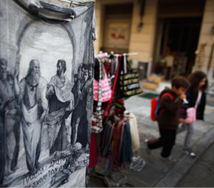 With the news that Co-Op members have overwhelmingly voted on sweeping changes to its governance system, we are reminded businesses across the globe utilise a number of different methods of governance, but don’t always seem to do things the right way – as the situation with the Co-Op proves.

Aside from the aforementioned British mutual, a range of other companies such as Lehman Brothers, BP and Enron have also suffered due to bad governance in recent times, so why don’t companies take a leaf out of Ancient Greek’s book asks Dr Hossam Zeitoun?

Dr Zeitoun points to the Ancient Greek method of using a lottery style system to ensure democracy. Such an arrangement, he argues, could lead to companies becoming far more accountable for their business decisions.

He believes mixing the board of a company in such a way, using a suggested two-chamber board of directors – one made up of randomly selected stakeholders, the other via the conventional method of a shareholder vote – could be a great way of ensuring good governance amongst companies.

Find out more about Dr Zeitoun’s idea, as well as the lessons he believes we can learn from the American jury system, online now, or pick up the latest copy of Core today.

Download the article What did the Ancient Greeks ever do for us?