What is Amazon Echo and will it change our lives? 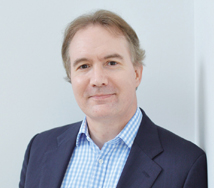 Amazon Echo will bring genuinely helpful AI into our homes much sooner than expected reveals Mark Skilton, Professor of Practice in the Information Systems & Management group.

What’s all the fuss about the voice-activated home speaker that Amazon is due to release in the UK and Germany in late September?

This gadget has been available in the US for over a year and has proven a minor hit, with sales estimates between 1.6m and 3m. But these figures belie the potential impact this kind of artificial intelligence device could have on our lives in the near future.

Echo doesn’t just let you switch on your music by voice command. It’s the first of what will be several types of smart home appliances that work beyond simple tasks like playing music or turning on a light.

It uses an artificial intelligence assistant app called Alexa to allow users to access the information and services of the internet and control personal organisation tools.

You can order a pizza or a taxi, or check the weather or your diary, all just by speaking to Alexa. In this way, it is similar to Apple’s Siri but has advances in microphone and AI technology that make it significantly more accurate than past devices in understanding and executing commands – and from anywhere in your home that it can hear you.

I’ve been living with Amazon Echo for a year now, having imported it from the US via eBay. It’s an astonishing piece of kit that has to be experienced to see exactly why it has the potential to make the idea of a personal assistant smart home hub successful. It’s not surprising that Amazon’s CEO Jeff Bezos has said it is potentially the fourth core Amazon service after its marketplace, cloud services and mobile devices.

Many of us have already become used to poor voice-recognition software and error-prone requests on our mobile devices. But Amazon started developing a high-precision microphone and more sophisticated voice recognition system a full 12 months before its competitors and has gained a significant headstart.

The big difference with other AI assistants is that instead of a single piece of software, Alexa uses 300 of its own apps (which Amazon calls “skills”) to provide the device’s different capabilities. This creates a system that is far more integrated and sophisticated yet simple to use with minimal setup.

The US feedback on Echo has been very strong from early adopters. In my experience, the argument that it doesn’t have a screen and therefore is harder to interact with disappears when you actually use the device. The voice interaction is natural and if there is a problem with the system it’s more to do with learning the range of “skills” the device can perform than getting them to work.

A device that is constantly listening for your commands will no doubt raise concerns about privacy, just as all our smart devices do. Echo and Alexa work through the existing security protocols that many people already use when online shopping or accessing cloud web services through Amazon.

But how secure these systems really are – and their potential for misuse – may come under greater scrutiny once Amazon (or any smart home company) has access not just to our bank details but our private conversations, too.

Echo represents a new kind of interface that will likely make voice activated services, along with the breaking concepts of virtual and augmented reality, the cutting edge way we interact with computers in 2017 and beyond. Google have already launched Google Home in the US (a full year late) and other firms are developing similar solutions.

The astonishing thing about this is that it’s a vision of the future that’s arriving much sooner that expected. We’re still far from general artificial intelligence, with machines fully able to think and perform like humans, but the days of the keyboard and mouse are numbered.