Why shoppers hunting for bargains drive up prices 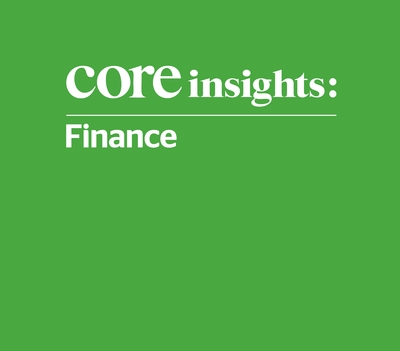 Shoppers looking for a bargain are pushing up prices for everybody, new research has found.

When buyers start bartering to get money off cars, jewellery or package holidays firms then anticipate this and push prices higher – so factoring in any bargains that may be struck.

These are the central conclusions of research by John Thanassoulis, of Warwick Business School, and David Gill, of the University of Oxford, in the paper Competition in Posted Prices with Stochastic Discounts published in the Economic Journal.

Their study notes that bargaining is common for many goods, including some that might come as a surprise: jewellery, travel agents, electrical retailers, as well as the better known cases of cars, furniture stores and estate agents.

Bargaining can allow a consumer to get a reduction off the list price, but in anticipation of bargaining, competing firms will alter their pricing.

Related article: She who holds the purse strings deserves better

The authors note that the same economics applies to the practice of giving discount vouchers (known as ‘couponing’ in the US). This practice is also prominent, in 2006 US firms issued 286 billion coupons.

Professors Thanassoulis and Gill built a mathematical model of such bargaining markets to analyse the change in prices, profits and consumer welfare when the propensity to bargain among consumers changes.

They found that bargaining and couponing will lead to price rises because of the strategic interactions between firms.

The list price a firm sets forms the price competition for some consumers who bargain with (or receive a coupon from) competing firms.

Anticipating all this, the competing firms see that profits will rise if they raise their list prices as that will set in train a virtuous circle (for the firms) in which price levels are pushed up across the board.

Professor Thanassoulis said: “Although bargaining may be great for the individual who does it, it is bad for society as a whole when elevated to a market practice.

“The price levels rise for those stuck with list prices; and they also rise for all bargainers. Furthermore, consumers’ overall benefits are pulled down by bargaining as they are in effect bribed by reductions off an elevated list price into buying a product that is not their best match.”

The authors also show that couponing and bargaining facilitate collusion among firms.

Professor Gill added: “When consumers bargain, collusion is harder to break since any firm that tries to undercut the cartel’s price will lose customers who use its price to go back to other cartel members and bargain for a reduction. This reduces firms’ incentives to cheat on the cartel and so helps to make it more robust.”

Related article: Middle-aged shoppers are the most ethical

Professor Thanassoulis said: “A naïve view would argue that since consumers who negotiate reductions off posted prices (or use discount coupons) pay lower prices than do price-takers, bargaining and discount coupons ought to be encouraged.

“But we find that such a policy recommendation might be counterproductive: increasing the proportion of bargainers raises list prices and bargained prices, which increases profits but makes consumers worse off.”

John Thanassoulis teaches microeconomics on the MSc Finance & Economics. He also teaches Executive Education with the Finance and Business Economics for Executives course and The Regulation of International Finance programme.