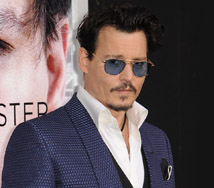 New research is helping to explain why male faces with feminine features are considered attractive in some contexts but not in others.

The study by researchers at Warwick Business School, the University of Otago, New Zealand; and the University of California, San Diego, provides a new explanation for why the 'Johnny Depp effect' - which involves women tending to prefer men with more feminine faces - holds in some contexts, but not in others.

The international research team has found that when people are asked to rate the attractiveness of gender-blended face morphs they tend to judge them as less appealing if they are first asked to classify the face as male or female.

Across two separate experiments, gender-blended faces were disliked when, and only when, the faces were first categorised by gender, despite an overall preference of the participants for more feminine features.

Study co-author Professor Jamin Halberstadt, of Otago’s Department of Psychology, says that “processing fluency” - how easy it is to perceive, process, and categorise something - appears to account for this effect.

Piotr Winkielman, of Warwick Business School's Behavioural Science Group, adds that “mental effort can negatively colour our initial impressions, even for things that are objectively pretty.”

“The idea we tested is that the mental effort of having to assign a gender to an ambiguous face has a flow-on effect of negatively influencing how we feel about that face,” says Professor Halberstadt.

In the second experiment, in which some participants were first asked to categorise gender-ambiguous faces by ethnicity, they did not subsequently judge the gender-blended faces as less appealing.

This suggests that it is not merely a general aversion to facial ambiguity that is responsible for the effect according to Professor Halberstadt.

“It has previously been suggested that a woman’s preference in male faces vary due to hormonal influences — that sometimes she is subconsciously looking for signs of a ‘nice dad’ who will be a good provider, while other times it is the highly masculine ‘bad boy’ with his ‘better’ genes,” says Professor Halberstadt.

“However, our research indicates that such changes in preferences can instead be explained by a simple cognitive process."

Professor Winkielman, who teaches Emotions in Business on the WBS undergraduate programme, adds: "The more feminine faces are generally preferred, unless the context forces the viewer to put the face into rigid gender boxes."

Find out more about how the human mind works and behavioural science on Warwick Business School's free online course The Mind is Flat: the Shocking Shallowness of Human Psychology.