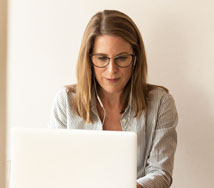 Careers advice: Six strategies to reinvigorate your career in 2020

Whither, or maybe whether, commissioning 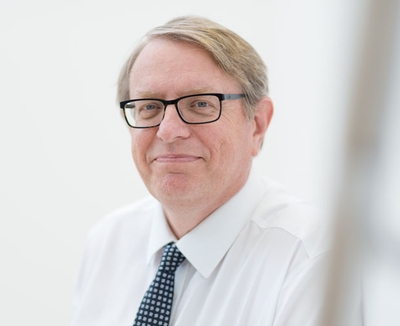 The first in a series of healthcare blogs by Bernard Crump, Professor of Practice at Warwick Business School, looking at contemporary challenges facing healthcare in different settings, and ideas as to how these challenges might be tackled.

I remember 1st April 1991 well. It was my first day as Director of Public Health of a newly merged Health Authority in Birmingham. But for most people it was day zero of a revolution in the organisation of UK healthcare as the “internal market” came into being.

Until that day, a Health Authority like mine had been funded on the basis of the scale and complexity of the health services delivered in the geographical area for which they were responsible. In my part of Birmingham these “directly managed units” included many of the major specialist departments in a range of teaching hospitals, that cared for patients from across the West Midlands and beyond. With only one Medical School in a Region of nearly 6M people our services were large and dominant.

However, our resident population was small. With three other health authorities in Birmingham alone, the population for which we were responsible was around 300,000. And under the new reforms, our role was now to become “purchasers” of care for these people. We shared this role with a small number of GP practices that had applied to become the pioneer “fundholders”; in addition to continuing to deliver primary care, they would take responsibility for the management of a budget that would cover their prescribing costs, and the funds with which to buy, or “commission” a limited range of secondary elective care services for their registered population.

Meanwhile, the hospitals had to enter contracts with all of the health authorities and fundholders across the West Midlands and beyond, if they were to secure the resources to “provide” care to the patients referred to them, or who came as an emergency.

The ideas for this “internal market” had first surfaced in an occasional paper, commissioned by the Nuffield Trust, and written by the American health economist Alain Enthoven in 1985. He had played a prominent role in the establishment of Kaiser Permanente, the Health Maintenance Organisation (HMO) that was revolutionising care in California. The paper was short, very readable, and much of it could have been written today.

“The NHS enjoys widespread support in Britain, and it produces a great deal of care for the money spent. But given the tight limits within which it must operate, (it) will find it increasingly difficult to meet the demands placed upon it. (It) will need to find ways to produce even more value for money if it is to make effective new technology available to all who can benefit from it at the standards enjoyed in other industrialized democracies.

The NHS runs on the ability and dedication of the many people who work in it. But its structure contains no serious incentives to guide the NHS in the direction of better quality care and service at reduced cost. In fact, the structure of the NHS contains perverse incentives.”[1]

A great deal has changed in the intervening 27 years, but, at least in England, the “purchaser-provider split” that emerged in 1991 has been a constant feature. The commissioning arrangements and the regulatory structures have evolved. But responsibility to purchase services for a defined resident population, deploying an allocated budget based on the size and characteristics of that population, has been a linchpin of our system.

Is that set to change? The requirement for all health and social care partners over a substantial area to develop a common Sustainability and Transformation plan may have changed the game. Just over a year ago Simon Stevens, the CEO of the NHS predicted that these would “effectively end the purchaser-provider split”.[2] But since then, the details of the future arrangements for commissioning have proved elusive.

Over the next few editions of this newsletter we will look at the lessons learned from Commissioning in the NHS in England, and in the other countries that introduced similar reforms. We will hear from advocates, and those who have been underwhelmed by the experience, and will discuss the risks and opportunities if this approach to health service organisation is, indeed, drawing to a close.

[1] Enthoven, A “Reflections on the management of the National Health Service: An American looks at incentives to efficiency in health services management in the UK. Nuffield Provincial Hospitals Trust Occasional Papers 5. London (1985)