Happily for the nation, Gus O’Donnell never made it as a professional footballer. His early sporting failure led to him becoming an acclaimed cabinet secretary to three prime ministers, an influential economist and an outspoken advocate for wellbeing.

At one point the most senior civil servant in the country, he laughs at the notion of being apolitical - just don’t confuse this with impartiality, he warns. “In the civil service, you’re intensely political - Europe, central Government - it’s your life 24/7 - it’s just that you’re not party political.”

Famously, he helped found the Nudge Unit - the Behavioural Insights Team created by David Cameron’s Government in 2010 to deploy behavioural science for public benefit. Nudge theory (named after the book by leading economists Richard Thaler and Cass Sunstein) aims to influence people to make better choices. Even as an economist, it’s the real world that engages O’Donnell more than theory. “My contention is that governments should be trying to improve the wellbeing of the nation and that should be their ultimate goal.”

As a teenager growing up in south London, his idea of rebellion was to choose economics over science, so he was not following in the footsteps of his two scientifically-minded brothers. “A rather limited rebellion, it has to be said. I wasn’t very grown up at this point.”

When he realised he was never going to play at Old Trafford - he’s a Manchester United fan - he selected his university on the strength of the women-to-men ratio. As a stroke of luck for Warwick - where he gained a first in economics - his preferred choice of Nottingham turned him down.

According to the science around wellbeing, happiness peaks before the age of 20 and later around 70 - and O’Donnell remembers his student years with fondness. 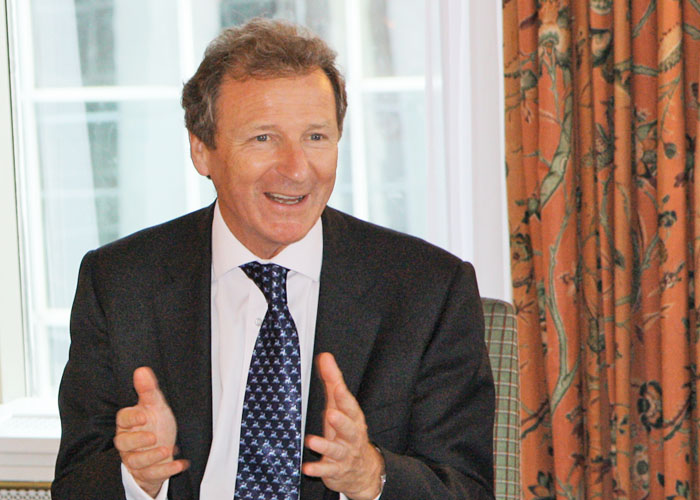 He says: “I made a mess of my A levels, but Warwick took me anyway. It was one of the best failures I’ve ever had - I found economics interesting and easy and the social life was great. Warwick was a happy time.”

He’d still choose economics if he had his time again, although maybe with a little psychology thrown in. While his undergraduate degree taught him the 'plumbing' of his subject, it was an Oxford postgraduate degree that allowed him to delve into political theory, behavioural science and welfare economics. It was there too he finally notched up a life goal - playing football twice at Wembley in the Varsity match against Cambridge. “A rare triumph,” he says.

In those days, he says, success within Oxford circles meant an academic career, and after rejection by Warwick, he took a lectureship at the University of Glasgow.

He adds: “I loved the teaching, but my professor at the time sat me down and said ‘let’s be frank Gus, you’re never going to win a Nobel prize, but you are really interested in the applied side, in the real world’.”

In the meantime, his wife, eager to close the geographic gap between them, had begun applying for jobs down south in his name - an early incarnation of nudge theory, he suggests. “I’d receive these envelopes from London and think ‘wow, they want me’.”

In 1979, he joined the Treasury as an economist and he’s spent most of his public service career there. He completed a stint as then Prime Minister John Major’s press secretary, and went on to serve in Washington, the IMF, and the World Bank. In 2005, he became Cabinet Secretary and head of the civil service, going on to work with Tony Blair, Gordon Brown and Cameron, before standing down in 2011 - to become a cross bench life peer the following year. Known within Whitehall as GOD (his initials), he was knighted in 2005 - officially, he’s now Lord Gus O’Donnell.

At the helm of the civil service, his job was to “help the Prime Minister and cabinet be a good Government, make good decisions, backed up by good evidence”. As well as advising on policy, his role was to counsel on standards in public life. While working with Major, he helped publish a forerunner of the ministerial code, and oversaw the establishment of the Committee on Standards in Public Life.

He adds: “(Major) started this process and I was very pleased about that. As cabinet secretary you need to try to help your Prime Minister be a good role model - obviously that’s hard depending on the parameters.” 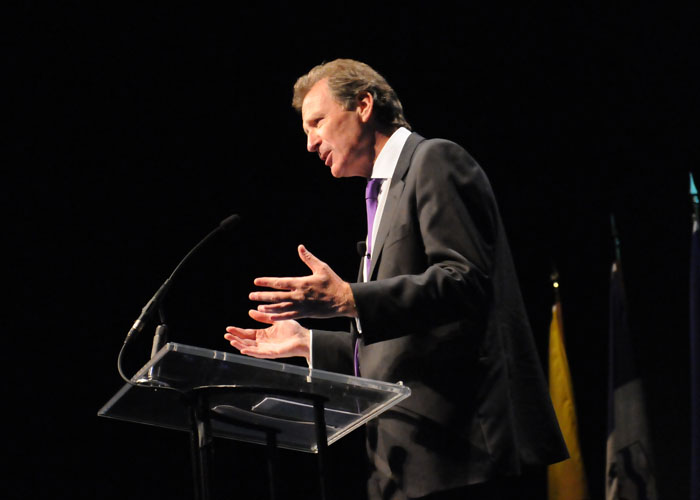 Central figure: Gus O'Donell giving a speech in 2011 in Canada

He describes himself as a utilitarian, harking back to his Oxford studies and welfare economics. By contrast, pure economics is an odd and inadequate tool for making sense of the world, he says. Rationality does not drive human decisions.

O’Donnell says: “An economic analysis on whether to get married, for instance, would weigh advantages and disadvantages, work out the appropriate net present value - and the answer might be positive, say. That’s so far from human decision making, and you realise - as I did during the financial crisis - that many of the models guiding us were wildly inappropriate. It was a huge weakness of economics.”

Behavioural economics - with insights added from psychology and social science - he says, is the theory for the real world and should inform public policy.

He’s still an adviser to the Behavioural Insights Team, and chairs Frontier Economics, a consultancy owned by its 200 or more economists - where experts have used behavioural insights to tackle issues such as obesity, and climate change.  “Behavioural stuff has become trendy around the world, with units setting up in Australia, Finland and more.”

One of the greatest achievements of the UK’s unit was to introduce auto enrolment pensions with the idea that people who’d saved for old age will have better wellbeing. But it’s not just about simple metrics of wealth.

Rather than simply nudging to change behaviour, the focus, he says, should be on the 'why' - and this requires deeper knowledge about the quality of life. He adds: “You don’t want to change behaviour if it will make people worse off in the longer run…to improve people’s wellbeing, you have to understand its determinants.”

But the UK Government dropped the ball during the pandemic, he believes. Wellbeing was neglected amid the science-focused policy response to COVID-19.

“The Government dealt with it at a scientific level,” he says. “Lockdowns were the logical way to stop the spread, and amazing things were achieved. In normal times, just imagine trying to persuade a Prime Minister to shut pubs. But we didn’t understand the full impact of closing schools, for instance - on education, on wellbeing - the children in flats with no gardens.”

One of his first moves during lockdown was to check in on his colleagues at Frontier Economics. He says: “Staring at a screen all day with no social interaction was a pretty soulless experience and managers were very conscious that they needed to make contact.”

Now we are poised to make sense of the last two years, and this is an opportunity behavioural economists can’t miss. He refers back to the immediate aftermath of 9/11, when planes were grounded, and scientists had a unique opportunity to examine the impact upon air quality.

He says: “During the pandemic we’ve achieved the extraordinary - now we must crunch the numbers and understand the impacts and develop a consistent strategy.”

Is it better to compensate laid-off workers, for instance, as the US did or keep people in jobs, as the UK’s furlough scheme attempted? “I think all the wellbeing approaches will tell you that maintaining a sense of belonging and attachment to the workforce is so important.”

Our emotional response to the pandemic justifies a focus on wellbeing. “When people look back, will they remember that their incomes changed? Or more that they couldn’t meet their new grandchild, or see friends and family? And many other things that are priceless?”

We’re now more aware, says O’Donnell, of the blurred boundaries between physical and mental health, but there’s still an incongruent divide in treatment. He adds: “We can’t imagine someone not receiving care for a broken leg. Yet we have a mass of people diagnosed with mental health conditions who aren’t getting treatment, even though we know therapies such as CBT (Cognitive behavioural therapy) can work. Talking about this is a start at least.”

Looking ahead, he identifies at least a couple of major challenges where behavioural science might make a dent in the problems that keep him up at night - notably widening inequalities - how to persuade the very rich to bump up their dwindling philanthropy - and managing technological change, as automation replaces jobs.

“Thinking about life as many different stages…where you retool, reskill at various points,” says O’Donnell. “That to me is hugely important and behavioural science can help in that.”

And, of course, how to tackle climate change, where he believes economic tools have been badly deployed to date. He adds: “There are carbon taxes, border carbon adjustments…but we’re leaving it to markets, and they’re doing a very bad job because the price of carbon isn’t factored in.”

Politicians’ response to date has been too sluggish. “They might get there but they might be too late.” By contrast, he’s inspired by the drive and dynamism of younger generations. “They seem much better at understanding and modifying their behaviour - but we still need politicians to take tough decisions.”

He misses the cut and thrust of central Government, especially when crises hit. “But a good criterion of success is to leave people wanting more. I’d been in (public service) for a very long time. There were still other things I wanted to do, such as get involved in charities, work in the private sector. If I had my time again, I don’t believe I’d do anything differently.”