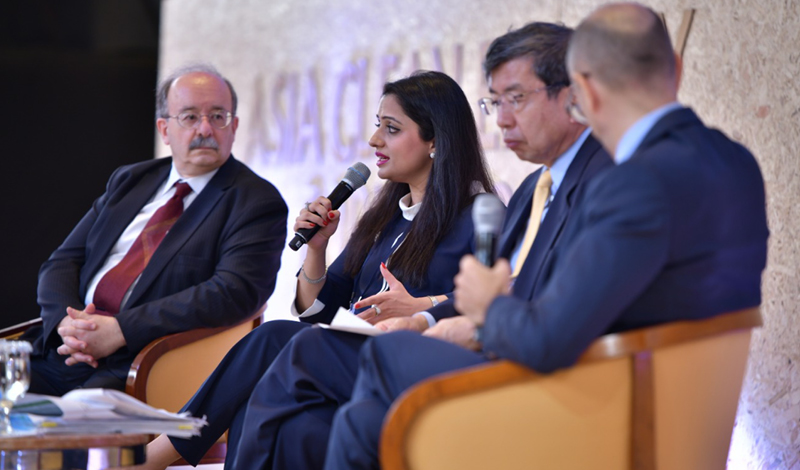 Fiza Farhan has always been a rebel. As the daughter of a Pakistan Naval officer she was expected to find a nice young man, get married and settle down to a life of domesticity. But when the time came, Fiza refused to marry. Instead, she persuaded her father to allow her to be the first woman in her family to head abroad to further her education, deviating from the norm and going against the tide of what was expected of her and women in Pakistan.

She left Pakistan to seek her dreams and find her purpose, but would herself admit to being somewhat scared and bewildered.

Those early days may have been filled with doubt, about her decision and the unconventional path she chose, but WBS turned those doubts around. This was the environment that would encourage her ambitions and propel her passion for change.

"My year at Warwick Business School opened my eyes to the possibilities of social enterprise and entrepreneurship; it ignited my passion for engineering social justice and to bring about change for the many who don’t have a voice and agency, in Pakistan and across the world. It gave me the tools and insight to realise that responsible business can bring about this change, and do good business while creating immense impact.”

“WBS changed me as a person and a professional. It equipped me with the confidence and self-belief that I needed to change the course of my future life, which I and everyone around me is now proud of.”

WBS made me believe in myself, my potential and my purpose.

“I realised that I wasn’t part of the ‘usual’ crowd who would accept the trajectory laid out for them by their families or society, I knew I had to find my own course and swim against the tide but did not know how! My time at WBS confirmed that I was ready. Ready to conquer the world. Ready to sit in the driving seat of my life and take control.”

Her work was based on one mantra; “from problems to solutions”, whereby Fiza and her team would relentlessly identify the top development challenges Pakistan faced and strategise the most sustainable solutions for them, connecting all the relevant stakeholders in multi-sectorial partnerships. With this mindset, new challenges are always exciting and nothing seems impossible because if you think deep enough, there is always a solution. 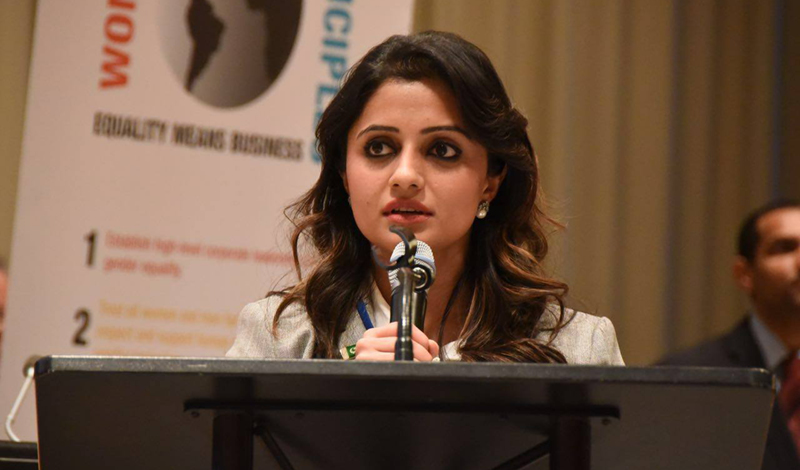 After a near decade leading her social enterprises, launching various innovations that led to multiple award wins for her organisations, in 2016, Fiza was appointed by the UN Secretary General as a Member of his first ever High-Level Panel on Women’s Economic Empowerment amidst global leadership. An esteemed panel that included the President of Costa Rica; Jim Yong Kim. the World Bank Group President; Justine Greening, International Secretary of State for the UK; Phumzile Ngauka Mlambo, UN Women Executive Director; Guy Ryder, Director General of the International Labour Organisation; and Christine Lagarde, who was Managing Director of the International Monetary Fund at the time.

“It was such an honour to be asked to join this panel, that worked closely for two years to come up with a global policy framework for women empowerment. The experience, interactions, learnings completely changed my perspective and made me want to expand my horizon to create impact on not only my two social enterprises but multiple organisations, multiple stakeholders, in multiple regions. There was just so much more to do.”

Shortly after, the Chief Minister of Punjab (one of the largest provinces of Pakistan) appointed Fiza as the Chairperson to his Task Force on Women’s Empowerment.

With these high level global and national positions, Fiza decided to expand her impact and become an independent advisor to various stakeholders including UN Agencies, development sector organisations, provincial and federal governments and the private sector; aiming to tackle multiple global development agendas including gender equality, climate change, education and youth, and sustainability among others.

Initially I was a bit daunted to be in such esteemed company on the UN panel, but I soon realised this opportunity to transition my outlook on life and where I want to be as a professional.

“I have worked on development agendas that align with my passion, expertise and experience and most importantly 'win-win' multi-sectorial partnerships that bring diverse stakeholders together to create collective impact.”

In 2018, Fiza institutionalised her various advisory engagements and launched her company, ORA Global Development Advisors which is a partner with Dalberg International and EY Ford Rhodes. Following the simple philosophy of 'from problems to solutions', Fiza (in her individual capacity) and ORA (in the institutional capacity) continue to work with diverse stakeholders, challenge norms, launch disruptive and bold solutions and collaborate with partners on a wide array of development agendas, in Pakistan and globally.

Reaching gender equality by 2030 is one of the UN’s Sustainable Development Goals and Fiza is at the forefront of making it happen, embedding the agenda with other key development challenges like climate change, youth development, inclusive economic growth and sustainable livelihoods for the poor.

Across the world, only one in two women aged 15 and over are in paid employment compared with roughly three in four men. They take on about three times more unpaid work than men, and hundreds of millions work informally without social and labour protection.

“To tackle this deep-rooted problem, it will take private and public enterprises to come together along with Governments. Since the problem is a complex one, the solutions also need to be diverse and disruptive to be truly actionable” says Fiza.

We need to challenge the social norms that hold women back and promote positive role models. The world has finally come to realise that empowering women is a business case and not just a social agenda.

“Business culture needs to change to give women equal pay, see discriminatory practices and biases eliminated and women promoted to leadership positions. Governments need to set an example here, and change the procurement practices to reward suppliers and companies that have or are working towards gender equality. It has been established that those companies with more women in senior management and board positions outperform companies with poorer gender ratios with higher rate of returns and 26% higher profits. Simply put, empowering women is a business case and makes economic sense. It is no longer a social, feminist agenda.”

"My mission is to enable the world to understand that investing in women and establishing a gender balanced workforce is not only the right thing to do but also the smart thing to do as it adds directly to profitability and makes business sense. I had the honour to launch the Australian best practice model “Male Champions of Change” in Pakistan, enabling leading CEOs from the private sector (98% of which are men), to step up for gender equality and women leadership in their organisation, committing to tangible actions to create an inclusive and diverse work force.”

“It is a huge task, but we need to catalyse the momentum, which is only possible through partnerships, cross pollination of success stories and collective action - there is absolutely no time to keep re-inventing the wheel.”

Fiza’s involvement with the UN has seen her become a global advisor to countries and institutions looking to break the societal shackles holding women back in places as far afield as Australia, the ASEAN region, the MENA region and of course across Pakistan.

“The development issues I am so passionate about require advocacy, awareness, inspiration and mentoring, especially for the young girls and women of Pakistan and the region. For me, while the Governments, Private Sector, Development Organisations, Civil Society can all play their part, the most important stakeholder for any real change or impact is the individual. Hence it is extremely important to mentor our young women and girls, so they can ignite the burning desire within themselves to put their foot down and break all barriers inhibiting the life they truly deserve.”

Plus, she continues to advise companies and organisations on social entrepreneurship and green energy projects, working with UNICEF, the United Nations Development Programme, Oxfam, the United States Agency for International Development, Private Financial Advisory Network (PFAN), the Economic Dividends for Gender Equality in Switzerland, while she is also part of the World Energy Council.

“I have had to face my fears, walk into so many rooms full of men, make mistakes, fall down and get back up again, but with determination I have continued and now have confidence that I can succeed in almost any venture. I represent Pakistan with pride wherever I go and I hope to inspire other women to break free from inequality and identify their innate passion and potential.”

I’ve had to face my fears, make mistakes, fall down and get back up again. It’s given me the confidence needed to succeed, irrespective of the circumstances.